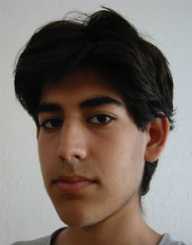 Aaron Swartz was born on November 8th, 1986. An American programmer famously recognized for co-founding the social news site, Reddit. He doubled this with his contributions in developing the web feed format, RSS. On top of being a programmer, Swartz hailed as a competent writer, entrepreneur and a political organizer.

Aaron Swartz was born on November 8th, 1986. He was born and raised in the suburbs of Chicago among three siblings and the eldest son to Robert Swartz and Susan. His early life was preoccupied with a series of activities in the field of internet and programming. He went to North Shore Country Day School up to 9th grade.

At a tender age of 13, Swartz had already established himself as a programmer and blogger, winning himself an ArsDigita Prize in his school (2000).

Aaron Swartz kicked off his career at  Y Combinator's incubator program. Here, he worked on a content management system called Infogami. In 2005, Infogami merged with Reddit as result of not receiving the much funding Swartz intended to secure. This decision saw Swartz given his title as the co-founder of Reddit.

In 2010, in the spirit of learning about online activism and civic awareness, he started the online group named Demand Progress, popularly known for its role in the Stop Online Privacy Act.

In 2011, Swartz found himself on the wrong side of the law. He had broken into and downloaded a total of 5 million documents from the JSTOR archive at MIT. He consequently received several counts of charges in computer and wire fraud.

In 2001, Aaron Swartz worked with RDFCore group to author RFC 3870. He later contributed to Markdown markup language and at the same time authored its html2text translator.

He later worked alongside Vigil Griffith (2008). Together, they designed Tor2web for Tor-hidden services which helped users easily access Tor from basic browsers. He then joined Kevin Poulsen and James Dolan, and they designed DeadDrop (2011-2012).

The DeadDrop software allowed anonymous users to provide documents and information without fear of disclosure.

Aaron Swartz died on January 11th, 2013. Swartz had suffered a tragic end. He was found in his apartment after what was reported as a suicide.