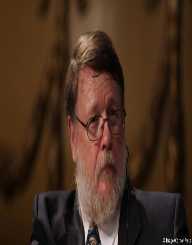 Ray Tomlinson was born on 23rd April 1941, in Amsterdam, New York, United States. He was one of four children, all boys.

Although born in Amsterdam, Tomlinson’s family moved to Vail Mills when he was very young. He went to school at nearby Broadalbin Central School. He then went on to study at Rensselaer Polytechnic Institute (RPI).

The subject of his thesis was an analog-digital hybrid speech synthesizer that he developed whilst in the Speech Communication Group.

Ray Tomlinson started working for Bolt, Beranek, and Newman in 1967. They were a technology company. He assisted in the development of TENEX, which was an operating system. Part of the system was the ARPANET, which was the precursor to the internet.

To begin with, it wasn’t considered important, and Tomlinson tried to keep it quiet as he hadn’t been asked to work on such a program by his employer.

Some of Tomlinson’s awards include:

Email is one of the most used forms of communication in the modern world. To be the pioneer by inventing the first email program is a legacy that will always remain.