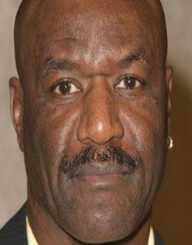 Delroy Lindo was born on November 18, 1952. He is an English actor. He is also a theatre director. He is currently Sixty Five years old.

Delroy Lindo was born on November 18, 1952, in Lewisham, South East London. He was born to Jamaican parents who were Britain Immigrants. His passion in acting grew while he was still young. He later moved to Toronto in Ontario, Canada with his mother. They then proceeded to San Fransisco. In 1976, he joined American Conservatory Theatre to study acting. In 1979, he graduated.

In 1992, Delroy Lindo featured in ‘Malcom X’ as West Indian Archie. In 1993, he played a role in the films ‘Blood In Blood Out’ as Bonafide, ‘Mr. Jones’ as Howard. He also appeared in the theatre film ‘The Heliotrope Bouquet’ as Joplin. In 1994, he featured in ‘L’exil du roi Behanzin’ as Behanzin and in ‘Crooklyn’ as Woody Carmichael. In 1995, he appeared in ‘Congo’ as captain Wanta, ‘Clockers’ as Rodney Little and starred in ‘Get Shorty’ as Bo Catlett.

In 1999, Delroy Lindo played a role in ‘Pros & Cons’ as Kyle and in ‘The Cider House Rules’ as Arthur Rose. In 2000, he appeared in ‘The Book of Stars’ as a Professor, ‘Gone in 60 Seconds’ as Detective Roland Castlebeck and in ‘Romeo Must Die’ as Isaak O’Day. In 2001, he featured as MVA Agent Harry Roedecker, ‘Heist’ as Bobby ‘Bob’ Blane and in ‘The Last Castle’ as General Wheeler. In 2002, he lent his voice as a guest star to ‘The Simpsons’ as Gabriel’s voice.

In 2007, Delroy Lindo directed ‘The Blue Door.’ In 2009, he lent his voice to ‘Up’ as Beta’s voice. He also appeared in ‘Law & Order: Special Victims Unit’ as Detective Victor Moran, ‘Mercy’ as Dr. Alfred Parks and in the theatre film ‘Things of Dry Hours’ as Tice Hogan. In 2011 he played a role in ‘The Big Bang’ as Skeres and in the television film ‘The Chicago code’ as Alderman Ronin Gibbons. In 2012, he appeared in his last theatre film ‘The Exonerated’ as Delbert Tibbs.

In 1998, Delroy Lindo won the Satellite Award for the Best actor due to his performance in Glory & Honor. He has been nominated on several occasions to the Tony Awards and Screen Actors Guild Awards.