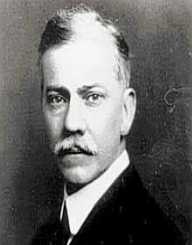 Celebrated American architect Henry Bacon was born on November 28, 1866, in Watseka, Illinois, United States of America. He is one of the seven children of Henry Bacon Sr. and his wife, Elizabeth Bacon. Henry Bacon Sr. was an engineer by profession. He worked for the developmental projects at the Illinois Central Railroad. He later moved to the Wilmington office of the U.S. Engineering Department. Bacon Jr. grew up in Southport (then Smithville) situated near the site of his father’s work from 1876 and 1880. They later moved to Wilmington when in 1880, his father decided to stay near his office.

While in his pre-teen and teenage years, Bacon Jr. grew up watching his father working in different engineering projects. He saw his father work on the construction of a barrier dam over New Inlet near the river mouth of Cape Fear. His future interest in architecture and engineering seems to have stemmed from his early experiences of watching his father’s work. His exploits later in his professional life, solving difficult problems related to architectural design and engineering got ingrained in him during his growing up years.

Henry Bacon had his elementary education while staying at Southport. In 1881, he traveled to Boston to study at Chauncey Hall School there. He later returned to Wilmington to attend the Tileston High School from where he earned his graduation in 1884. Immediately upon his graduation, he entered the University of Illinois. However, he discontinued his studies after one year. Thereafter, in 1885, Bacon began his architectural career by joining the architectural firm of Chamberlain and Whidden in Boston as a draftsman.

CAREER AS AN ACCOMPLISHED ARCHITECT

Henry Bacon had a short-lived career with Chamberlain and Whidden. He moved to New York City in 1885 itself and joined McKim, Mead and White, the most renowned architectural firm of that time known for introducing new, novel ideas. He immediately swung into action and proved his architectural brilliance by working in the late Greek Revival and Beaux-Arts architectures.

His other important works in association with the firm include the New York Herald Building, 1889 Paris World Expo, the Harvard Club of New York, the Boston Public Library, the World's Columbian Exposition in Chicago, the Morningside Heights campus of Columbia University, and the Pennsylvania Station in New York City.

Henry Bacon excelled in his work with experience and created some more elegant structures including the Danforth Memorial Library in Paterson, New Jersey (1908), Court of the Four Seasons at Panama-Pacific Expo in San Francisco (1915), the train station in Naugatuck, Connecticut, World War I Memorial at Yale University, the Confederate Memorial in Wilmington, and the Lincoln Memorial in Washington D.C. He showed his understanding and expertise in solving the problem of anchoring the Lincoln Memorial on filled land reclaimed from the Potomac River.

In 1889 Henry Bacon won the Rotch Travelling Scholarship which entailed him to travel and study in Europe for two years. He utilized the period for learning the intricate details of Greek and Roman architecture. Upon his return to the U.S., he began working on projects such as the Rhode Island State House in Providence, Rhode Island, along with his mentor Charles Mckim.

During the Paris World’s Expo in 1889, he worked as the personal representative of Mckim. He served in the same capacity when in 1893; MMW was entrusted with the design work of several buildings during the World's Columbian Exposition in Chicago.

In 1897, Henry Bacon left MMW and joined the architectural firm of Brite and Bacon Architects as a partner along with James Brite, a junior architect of MMW. He became the in-charge of the architectural design and construction in the new firm. In 1903, the firm ceased to exist, and all the partners of the firm started their independent practice.

In 1911, he got the charge of drawing the architectural design of his last and most famous work, the Lincoln Memorial in Washington D.C. The work of the memorial started in 1913 and was completed in the year 1922. The inauguration of the memorial took place on May 30, 1922. It was a tribute to the 16th president of the United States, Abraham Lincoln. Bacon won the highest honor of the American Institute of Architects for the magnificent engineering and architectural work of the Lincoln Memorial.

While traveling on Rotch Travelling Scholarship, Henry Bacon went to Assos, Turkey. He met Laura Calvert, daughter of the British consul at the Dardanelles, near Assos. They tied the nuptial knot thereafter. He was admitted to a hospital in New York City on February 1924 for an intestinal cancer operation. He breathed his last there on February 16, 1924.