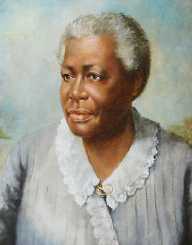 Lucy Craft Laney, best known for her commitment and devotion for the development of education among the nineteenth century African-American students of America, was born on April 13, 1854, in Macon, Georgia, United States of America. Her parents had ten children together. She was the seventh child. Her parents, father David and mother Louisa were both former slaves. They had bought their freedom around two decades before the birth of their seventh child. Lucy was born 11 years prior to the abolishment of slavery and had a good upbringing. Her parents were strongly in support of a good education as they understood the value it imparts in a person's life.

Education and learning was an unlawful activity for the slaves in America when Lucy was born. However, the kind-hearted sister of the slave owner, Ms. Campbell helped her to read and write since the age of four. She attended the Lewis High School in Macon, a private institution for the Blacks run by the American Missionary Association. After her graduation, the first class of the freshly established Atlanta University accepted Lucy as their member. She secured her graduation in the teacher’s training program of the Normal Department of the University in 1873.

SETTING UP THE FIRST SCHOOL FOR BLACK STUDENTS

Lucy began her career upon her graduation from the Atlanta University and spent the next ten years working as a teacher in different schools of Savannah, Augusta, Georgia, Macon, and Milledgeville. In 1883, she opened her own school in Augusta, Georgia, exclusively for the Black African-American students. It was the first school for the underprivileged Black students of America which was later named as Haines Normal and Industrial Institute. The school started with six children in 1883. However, Lucy could garner support and interest among her community and the strength of her school rose to 234 students by the end of the second year.

While Lucy felt jubilant over the increase in the number of students joining her school, lack of monetary support to run the school started to haunt her. Her attempt to raise funds was initially stonewalled. At first, she had requested the attendants of the northern Presbyterian Church Convention for monetary support. However, the attendants flatly refused to help her. Later, Francine E. H. Haines, one of the attendees of the convention, extended his help for the cause. He donated a sum of $10,000 for the development of the school. A grateful Lucy changed the name of her school to Haines Normal and Industrial Institute in honor of his name. She used the fund provided by Haines for development of the industrial and teacher training facility.

EXPANSION OF THE HAINES SCHOOL

With the passage of time, more benevolent donors came forward in support of Lucy’s cause. The patrons gave donations of various amounts according to their capabilities and willingness. Lucy extended the building infrastructure of her school with the help of such donations. However, regular expenses still remained a concern. Lucy undertook several tours to raise fund for her school and found success too. By the time the World War I began, the Haines School became one of the best schools in its category for African-Americans of the country. The school boasted of a strength of 900 students and 30 teachers. Mary McLeod Bethune, a dedicated name in the field of education, began her teaching career at Haines during the early 1900s.

Lucy dedicated her whole life to the development of underprivileged Black children’s education. She engaged herself with many social and charitable initiatives as well. In 1918, she was among one of the co-founders of the local chapter of the National Association for the Advancement of Colored People. She also remained active in the promotion and welfare of Blacks especially Black women in organizations such as the National Association of Colored Women, the Interracial Commission, and the Niagara Movement. Her effort with respect to the integration of community works undertaken through the YMCA and YWCA was commendable.

She never married throughout her life and remained a virgin. Lucy breathed her last on October 24, 1933, in Augusta. Her mortal remains were interred at the corner of Laney Walker Boulevard and Phillips Street. It is the place where Lucy founded the Haines Normal and Industrial Institute.