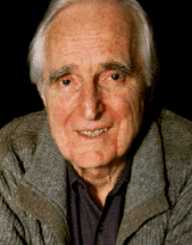 Douglas C. Engelbart was born 30th January 1925, to Carl and Gladys Engelbart. He was born in Portland, Oregon, in the United States. Engelbart had two siblings, and older sister, and a younger brother. When Engelbart was eight years old the family moved from Portland to Johnson Creek. He did his schooling at Franklin High School in Portland, and he graduated in 1942.

After high school, Engelbart enrolled at Oregon State College. His education was interrupted by World War II when he was drafted into the U.S. Navy, but after two years serving as a radar technician, he returned to school and graduated in 1948 with his bachelor’s degree in electrical engineering.

Engelbart did further study at the University of California in Berkeley, and he graduated in 1953 with his master’s degree in electrical engineering. He then achieved his Ph.D. in 1955.

In 1950, Engelbart decided he would use his career to make the world a better place, and that computers would be the best vehicle for him to do that. His graduate work had produced eight patents, which Engelbart decided could be the basis for starting his own company. After 12 months, he decided to return to his research and work on his original goal.

In 1957, Engelbart began work at Stanford Research Institute (SRI) in California. He soon had 12 patents, and in 1962, he released a report outlining his agenda and vision. The report enabled him to get funding from the Defense Advanced Research Projects Agency (DARPA).

The funding enabled Engelbart to put a research team together at his lab called the Augmentation Research Center, based at SRI. Engelbart and his team designed and developed many computer interface elements that are in common use now with computers. These included hypertext, bitmapped screens, and the mouse. The computer mouse was patented in 1970. Engelbart did not receive any royalties for his invention.

During the 1970s, Engelbart had become largely forgotten. Some of his researchers had moved on. Funding began to dry up due to several factors including the end of the Vietnam War and the end of the Apollo program. The control of ARC was given to another researcher, Bertram Raphael, and he transferred the lab to a company by the name of  Tymshare. Over time, Engelbart found himself ostracized at Tymshare.

In 1984, Tymshare was acquired by McDonnell Douglas. In 1986  Engelbart left the company, more determined than ever to continue his work and research as he had originally intended. In 1988, in conjunction with his daughter, Christina, Engelbart established the Bootstrap Institute. Engelbart’s ideas were turned into several three-day and half-day management seminars which ran from 1989 to 2000.

Further work was done with his course graduates, and they formed the Bootstrap Alliance. They continued to run the management seminars, as well as doing consulting and small collaborations.

By the mid-1990s, DARPA funding was made available to them for a project developing a user interface.

In 1988, the Douglas C. Engelbart Institute was founded. The aim of the institute is to promote Engelbart’s view of working together to solve problems. Engelbart received a grant in 2005 from the National Science Foundation to further his work.

Among his many awards and honors,  Douglas C. Engelbart achieved the following:

1998:   Inducted into the National Inventors Hall of Fame

2000:   Awarded the National Medal of Technology by President Bill Clinton

Douglas C. Engelbart married Ballard Fish in 1951. They had four children together, and they were married for 47 years until Fish died in 1997.