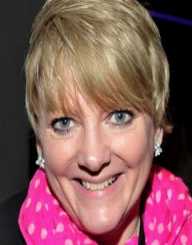 Alison Arngrim was born on January 18, 1962. She is a Canadian–American actress. She is also an author. She is renowned for her role in ‘Little House on the Prairie’ as Nellie Oleson. She is currently Fifty-six years of age.

Alison Arngrim was born Alison Margaret Arngrim on January 18, 1962, in New York City, the United States. She was born to Thor Arngrim a Hollywood Manager and Norma MacMillan, an actress. She was brought up alongside one sibling.

Alison Arngrim began her career journey while young by modeling and appearing in television commercials. In 1974, she appeared in her first film ‘Throw Out the Anchor’ as Stevie. She later appeared in the renowned ‘Little House on the Prairie’ as Nellie Oleson a role which gave her fame since she played it till 1982.  In 1981, she featured in the film ‘The Love Boat’ as Becky Daniels and ‘Fantasy Island’ as Lisa Blake.

She became a panelist in ‘Match Game-Hollywood Squares Hour’ which was a game show. In 1983, she was cast in television film ‘I Married Wyatt Earp’ as Amy. In 1986, she appeared in ‘Video Valentino’ as Trixie. She later became an AIDS awareness and child abuse activist. In 2000, she featured as Jude in ‘For My Love of May’ short film. In 2002, she appeared in ‘The Last Place on Earth.’

In 2007, Alison Arngrim played Edith in the film ‘Le deal.’ In 2009, she featured in ‘Make the Yuletide Gay’ as Heather Mancuso and in a short film ‘The Bilderberg Club: Meet the Shadow One World Government’ as Dr. Samantha Klein. In 2010, she wrote and published ‘Confessions of a Prairie Bitch: How I Survived Nellie Oleson and Learned to Love Being Hated.’ She later wrote and performed a stage version in Club Fez, New York.

She then performed alone in a gay resort Parliament house in Orlando, Florida. In 2012, she appeared as Debbie Sweat in ‘Livin’ the Dream.’ In 2015, she featured in ‘The Comeback Kids,’ ‘CPR Talent Agency’ and ‘Life Interrupted.’ In 2016, she featured in the pre-production film of ‘The Mephisto Box’ as Leeza. She is currently engaged in ‘Nastie Nellie Oleson Tour’ across Los Angeles.

In 1981, Alison Arngrim was nominated for the Young Artist Award in the best young comedian category following her role performance in ‘Little House on the Prairie.’ In 2002, she won the Former Child Star Lifetime Achievement Award in the Young Artist Award. In 2006, she emerged victorious in the TV Land Award following the ‘Character Most Desperately in Need of a Timeout’ featured in ‘Little House on the Prairie’ film.

In 2008, she was again nominated for the TV Land Award following ‘Siblings That Make You Grateful for Your Own Crazy Family’ featured in ‘Little House on the Prairie’ film.

In late 1980’s, Alison Arngrim got married to Donald Spencer, his first husband. In 1993, she got married to her second husband, Robert Paul Schoonover. She is currently Fifty-Six years old.