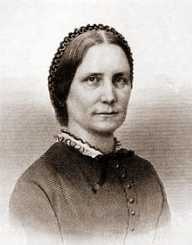 Mary Livermore was an Anglo American social activist and an advocate of the women suffrage movement.

Mary Livermore was born on December 19, 1820, in the city of Boston, Massachusetts, USA. She was the daughter of Timothy and Zebiah Rice. She was an intelligent child with seriousness in education. She read a lot of books and perfected her language and oratory skills. She often called her family members together and pretended to be a ministering preacher. She gave her summons to the family who called her their pastor.

She went to school at the Hancock School, an all-girls school in Charlestown, Boston. She showed exemplary maturity in her education which led to conflicts with her teachers. She was accused of copying her work from elder students. She completed her grammar school almost three years earlier than her contemporaries.

She had a brief stint learning dressmaking. She then enrolled for her high school at Miss Whiting’s Seminary. She stayed at the school from 1836 to 1838. She became a tutor at the school to finance her tuition fees. As she did in grammar school, Livermore completed her education at the seminary two years ahead of her fellow students in 1836. She got a job at the seminary to teach foreign languages. She taught French, Italian and Latin. In 1839 she left the seminary for a teaching job at a plantation in Virginia.

She stayed at the Virginia plantation courtesy of the Henderson family. The Henderson’s were slave owners. Livermore witnessed the agonies of slavery daily for three years. She taught the Henderson children from 1839 to 1842. She concluded that slavery was contrary to the teachings of the Bible that she held so dear to. Livermore decided to be an abolitionist. In 1842 she left the Henderson plantation. She taught in various private schools in Massachusetts up to 1845.

In 1847 she moved with her husband to Chicago. She helped her husband in his pastoral duties. She became a member of an abstinence movement that advocated for the staying away from liquor. She was also an editor of her husband’s journal newspaper New Covenant. She used the journal to advance her tolerance and abolitionist beliefs to the readers in Chicago. She supported Abraham Lincoln in the 1860 presidential elections for his anti-slavery stance. During the campaigns, Livermore stood out as the only woman reporter in Chicago to extensively cover the proceedings.

Livermore became more aware of the prejudice women suffered in society. She felt that women had a vital role in shaping society. She started gravitating more to the elevation of women in society. Livermore joined the women suffrage movements around Chicago. In 1868 she was elected to head the Illinois chapter of the Woman Suffrage Association. She launched a journal Agitator to champion the views of the movement. She became the vice president of the national umbrella body the American Woman Suffrage Association.

She used her national appeal to organize more branches across the US. An astute orator, Livermore articulated her views on the need for women to vote in elections. She argued that women had the divine right to choose their leaders. She continued serving in different capacities within the movement. In 1895 she resigned. She had managed to raise sufficient awareness for the rights of women in American society.

Livermore collated her advocacy journal writings and the countrywide lectures into books. In 1887 she published My Story of the War: A Woman's Narrative of Four Years Personal Experience. A decade later in 1897, Livermore published the Sunshine and Shadow of Seventy Years. In 1893 she released A Woman of the Century. She also published other collection of stories.

Livermore got married to Daniel Livermore in May 1845. Daniel More was a church minister in Massachusetts.

Mary Livermore died on May 23, 1905, in Massachusetts. She is remembered by schools named after her in Melrose, Massachusetts. In 1943 the US military commissioned a warship SS Mary A. Livermore in her honor.