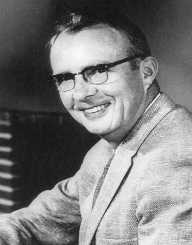 Jerome Isaac Friedman was born on March 28, 1930. He was an American physicist. He is currently aged eighty-seven.

Jerome Isaac Friedman was born on March 28, 1930, in Chicago, Illinois. He was born to Selig Friedman and Lillian. He was brought up alongside one sibling. He underwent both his primary and secondary curriculum in Chicago. He succeeded in arts. He had an interest in furthering his art career. He developed an interest in physics after exposure to ‘Relativity’ a book by Einstein. In 1950, he joined Physics department in the University of Chicago. In 1953, he completed his Master’s course. In 1956, he received his Ph.D.

Jerome Isaac Friedman later worked as a post-doctoral individual at the Nuclear Emulsion laboratory in the University of Chicago. He alongside Valentine Telegedi, his senior at the laboratory, searched for muon decay’s parity violation by performing an emulsion experiment. In 1957, he started working as a Research Associate at the High Energy Physics Laboratory in Stanford University. He later learnt counter physics and techniques of electron scattering. He performed elastic and inelastic electron deuteron scattering experiments. He discovered the method of performing radioactive corrections to inelastic spectra.

In 1960, Jerome Isaac Friedman became a faculty member of the Physics department in Massachusetts Institute of Technology. Jerome Isaac Friedman later joined Stanford University as a position holder. He successfully measured muon pair production at Cambridge Electron Accelerator thus testing the efficiency of the Quantum Electro-Dynamics. In 1961, he alongside his group members began setting up of Electron scattering facilities relevant to the physics program at Stanford Linear Accelerator Centre. He alongside Taylor and Kendall later evidentially supported the theory that protons and neutrons consist of sub-particles by experimenting with how electrons are scattered during collisions and how protons are converted into other particles.

They afterwards built a neutrino detector at Fermilab where they studied weak neutral currents in inclusive neutrino and anti-neutrino nucleon scattering measurements. In 1980, Jerome Isaac Friedman became the Massachusetts Institute of Technology’s Director of the Laboratory for Nuclear Science. In 1983, he was appointed the head of the Physics Department. He was also a lecturer at Massachusetts Institute of Technology. In 1988, he withdrew from the administrative roles and dedicated his time to teaching and research.

Jerome Isaac Friedman served as one of the advisory committee members in several programs. He also served as a Vice President in the University’s Research Association Board. Currently, he serves as a member at the Department of Energy’s High Energy Advisory Panel. He also serves as the chairman at the Superconducting Super Collider Laboratory’s Scientific Policy Committee. He serves as an honored professor at the Faculty of Physics in the University of Belgrade, Institute of Physics, Zemun and Vinca Nuclear Institute. Jerome Isaac Friedman is also a Massachusetts Institute of Technology’s Emeritus professor. He also serves as a member in the Bulletin of Atomic Scientists’ Board of Sponsors.

In 1990, Jerome Isaac Friedman alongside his collaborators Henry Kendall and Richard Taylor were awarded the Nobel Prize in Physics. In 2008, He was granted an honorary doctorate by University of Belgrade.

In 1956, Jerome Isaac Friedman married Tania Letetesky-Baranovsky with whom they have four children. He is currently aged eighty-seven.