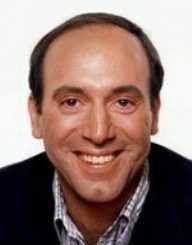 Gene Siskel was an acclaimed film critic and a columnist for the Chicago Tribune. Married in 1980 to Marlene Iglitzen, a television news producer, the couple had three children, Kate, Callie and Will.

Born on January 26, 1946, in Chicago, Illinois, Gene Siskel originally Eugene Kal Siskel was born to Russian Jewish immigrant parents, Ida Kalis and Nathan William Siskel.  Although he was orphaned at the age of ten, Siskel didn’t have a sad childhood. With his brother and sister, he was raised by his maternal aunt, Mae Gray and her husband, Joseph, who had three children of their own.

Siskel attended Culver Academy, a boarding school in Indiana, graduating in 1963. He joined Yale University where he won a Coro Foundation Public Affairs Scholarship. Intending to be a lawyer, Siskel majored in philosophy and graduated with a bachelor’s degree from Yale University in 1967. While in Yale, he studied writing under his mentor, John Hersey, a Pulitzer Prize-winning author. After graduation, he joined the U.S. Army Reserve and was called for active duty the following year. He wrote press releases for the Department of Defense Information School and this experience ignited his interest in journalism.

Siskel returned to Chicago in 1969 and with a letter of recommendation from his Yale mentor John Hersey; he landed a job at The Chicago Tribune. Starting as a local news reporter and staff writer for the paper’s Sunday department, he was promoted to film critic seven months later when he wrote a review of Walt Disney’s The Rascal.

In 1975, Siskel who had been delivering reviews and features for WBBM-TV, the Chicago’s CBS affiliate teamed up with Roger Ebert, a film reviewer for the rival Chicago Sun-Times. They hosted a show ‘Opening Soon…at a Theater Near You’ at WTTW, a local Chicago PBS station. Siskel and Ebert had a crackling on-air chemistry marked by feisty, spirited and sometimes caustic disagreements but their different opinions only enhanced the show’s appeal. The show evolved into ‘Sneak Previews’ and their “thumbs-up, thumbs-down” system soon became a recognizable trademark with movie ads routinely including it in their endorsements.

The show garnered a national audience in 1977 when it was aired as a series on the PBS program system. In 1982, ‘Sneak Preview’ went into national syndication as ‘At The Movies’. The show was produced by Tribune Broadcasting, the parent company of Siskel’s first newspaper, Chicago Tribune.

In 1986 their show was bought by Buena Vista Television, a syndicate of The Walt Disney Company. Although the show had been initially titled ‘Siskel & Ebert. At the Movies’, it was later shortened to Siskel & Ebert.

Aside from his show with Ebert, Siskel continued to review for the Chicago Tribune in his column ‘Siskel’s Flicks picks’. The column was later picked for national syndication. He also appeared as a reviewer for ‘CBS This Morning’, ‘Good Morning America’ and for the WBBM-TV in Chicago. He also reviewed for various magazines like the best selling TV Guide and Sports Illustrated.

From 1969 to 1998, Siskel compiled ‘best of the year film lists’. The list provided an outline of his critical choices. He and Ebert agreed on nine of his top selections and seven times Siskel’s number one choice didn’t appear at all on Ebert’s top ten list.

As the show’s popularity increased, so did Siskel and Ebert’s power and influence. They drew attention to issues that mattered to them. They used their influence to champion for independent and foreign language films and documentaries that would have otherwise been relegated to the back burner and doomed to fail. They campaigned for a non-X adult movie rating which in part led to the creation of the NC-17 rating. Siskel and Ebert condemned colorization and pushed for more usage of black and white film. They also advocated for full-screen letterbox images on video.

Siskel was part of the advisory committee at the Film Center at the School of Art Institute in Chicago. He was an advocate of the Film Center mission and wrote a lot of articles praising their unique programming. He also expressed his support for public funding and urged his audience for support. In his honor, the Film Center was renamed The Gene Siskel Film Center in 2000.

The movie, Saturday Night Fever was Siskel’s favorite and he had seen it 17 times. He even bought the three-piece white suit and black shirt John Travolta wore in the film at an auction. His favorite film from childhood was Dumbo. He often said the movie greatly influenced him. His other all-time favorite films include The Godfather, The General, Shoah, Citizen Kane, Pinocchio, Tokyo Story Singin' in the Rain, 2001: A Space Odyssey and Dr. Strangelove.

On the other hand, the three films that failed to impress Siskel are ‘The Million Dollar Duck’ a 1971 comedy, ‘Maniac’ a 1980 horror movie and ‘Black Sheep’

In the 1990s, Siskel, an avid sports fan, covered locker-room celebrations of his favorite basketball team, the Chicago Bulls at the championships for WBBM TV news broadcasts.

In his hometown of Chicago, a section of Erie Street was dedicated as Siskel & Ebert Way. On April 19, 1994, the Illinois Governor Jim Edgar officially proclaimed ‘Gene Siskel Day’.

Siskel won numerous awards in his long and illustrious career as a TV critic and a print and broadcast journalist. He won a Chicago Emmy Award in 1979 and was nominated six times for Siskel & Ebert in the National Emmy Award nominations. He also received an Iris Award from The National Association of Television Programming Executives (NATPE) and became the first broadcaster to be initiated into the NATPE Hall of Fame in 1984.

On May 8, 1998, Siskel was diagnosed with a cancerous brain tumor and three days later, underwent brain surgery.  He made a swift return but on February 3, 1999, he announced that he was taking a leave of absence to recuperate from a delayed reaction to the operation but expected to be back that fall. On February 20, at the age of 53, he died from complications of another surgery at Evanston Hospital in Illinois.