Alchemy planet meaning signifies that you have different circumstances, but yet you have to let humility bring the best in you. Basically, being humble doesn’t make you weaker. In other words, you have to humble yourself before you can motivate yourself. Let your mindset direct you to the right position. Remember that being humble will not create any shame. Perhaps, you can be at peace only if you are humble in your life. Notably, it shows your innocence because you seem to not care about other people’s work.

Alchemy planet symbolism indicates that you should not give up on going after your dreams. Besides, you need to be strong to hold onto the hardships that you are facing. Sometimes you can feel that it is over for you but understand that it is your perfect time to make changes. Put yourself on the right path where you can come back with a purpose. Equally, do not be afraid of failing because greatness belongs to you. The failures you are facing will make you strong, and you can rise up to a different position.

The ancient alchemists valued all things in nature, including those things that existed in space. Alchemists believed that all areas of life were affected by the planets. The planets, according to them, were involved in all choices, all outcomes, and all happenings. In fact, this was not specific to the alchemists. Other cultures valued the workings of the planets, as well. For example, the ancient Greeks even personified the planets and considered each to be its own unique being. They held the same belief that each and every planet played a part in every major and minor level of existence, from the experience of mankind to the natural world surrounding it.

In traditional alchemy, the planets were interpreted in the number seven. This corresponded to the seven major organs of the human body, thus making it significant and non-coincidental. Additionally, the number seven also represents the seven centers of energy in women and also the seven major metals in the alchemical study: gold, silver, copper, iron, tin, mercury, and lead. The seven major planetary symbols and their respective meanings are listed below. 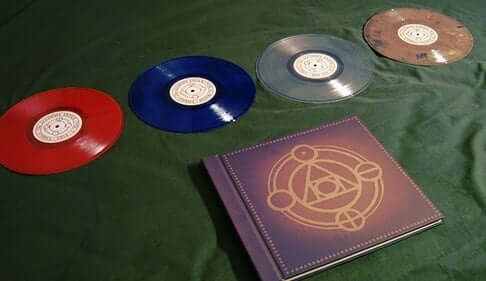 Consider the fact that failure is required in your life. Actually, you need to understand that you need to continue fighting back for your happiness. Probably, you are worthy of becoming a champion. You deserve to win your race no matter how many times you lose. Remember that today you cannot be in a position to win, but your consistency will bring success.

According to Alchemy planet meaning, Jupiter is considered to possess high symbolic value in the study of alchemy. It is a positive symbol and is associated with progressive and optimistic vibes. Besides, you have nothing that will hinder you from moving forward. Basically, you are worthy of greatness. Simply, greatness is in you. To become successful in welcoming failure and have a comeback. Notably, you need to work a little bit harder to overcome your failures.

The alchemists thought that Jupiter played a role in abating the dark moods experienced by its fellow planet, Saturn. In these instances, Jupiter was called upon to counter Saturn’s moody disposition with its own optimistic traits. This planet recognizes to the universal degree as the planet of higher mind, conscience, and intellect. As such, it utilizes challenging practices that required these traits. Jupiter symbolizes unselfishness, goodness, and the seizing of opportunities.

The red planet, Mars, is typically adjoined with the metal iron and was thus thought to symbolize maleness. In the alchemical world, Mars denotes physical strength, dominance, and other aspects of male energy. From a philosophical standpoint, Mars was necessary for mankind to balance their primal urges with individual passions and fire.

We will next consider Mercury, whose alchemical and spiritual symbols have been seen across various ancient texts. This planet, in all of its greatness, signifies the fluidity, process of transformation, and individual intellect that are necessary for each person. Interestingly, Mercury is the only planet that is also a metal liquid, making it particularly interesting to alchemists. It easily fuses with other metals and is, in essence, the salt of the body (the body being mother Earth).

Although it’s not a planet, the moon is revealing in the alchemical community. Representing the metal silver, it becomes a stronger element and symbol when combined with the sun (or gold). Additionally, the moon is a representative of fertility and intuition, in addition to resurrection and immortality. It possesses feminine properties and also ensures balance and control.

Basically, the moon symbol indicates that you will become greater than the person you were yesterday. Teach yourself good qualities, and it will guide you for the rest of your life. Each battle that you face every day in your life will become a story for another day. Your concern now is to give that story a happy ending. Equally, when you win every battle, then you will end every trying error in your life.

Saturn, the brightly ringed planet, can also be viewed in old texts concerning the metal lead. This means that it is also a symbol for dark matter, thus making it a planet that is considered to have evil undertones. Thus, Saturn typically plays its alchemical role in sinister practices and processes. Alternatively, this planet represents supreme order, structure, and a pull toward necessary balance and temperance. It was widely accepted that Saturn took matters into its own hands and had decisive qualities about it.

The sun is also obviously not a planet. However, it is the center of our solar system, making its symbolic value impossible to ignore. It has been recognized as great for many centuries and was thus counted among the seven during the ancient alchemy days. The sun was the ultimate symbol of creation and its subsequent parts. For alchemists, the sun specifically represented the creation of the effects that they desired in their practice and experiments. Additionally, the sun was, and still is, considered a great symbol denoting energy, self, and enlightenment.

The moral of the story is this: even if something is outside the realm of your immediate surroundings, you can find meaning in it and apply it to your life. Furthermore, your attitude is more than enough to carry you to another level. What makes you unique is the ability that you can change any negative belief to something positive. Equally, life is beautiful when you hold onto it without losing your faith.

The Alchemy planet sign represents the ability you have to make a difference in the universe. You must continue to believe that this is your day to make a difference. On the other hand, it is a blessing to believe in yourself. This shows that you are not sorry for yourself. Stop apologizing for the same mistakes over and over again. More so, you should stop depending on other people to do what is right. Notably, no one is perfect. So avoid excuses because it results in the manifestation of failure.