The koala bear is a cute and cuddly animal that spends much of its day climbing trees and eating eucalyptus leaves. Besides that, it doesn’t seem like this animal does all that much, so how can there be an animal symbolism for it?


Just like how the kangaroo carries their joey in their pouch, the koala bear also carries its babies in its pouch. Because the koala bear keeps its baby so near to its body it makes a great symbol for family and motherhood. Another fact about koala bears is that they are extremely relaxed animals. They do not have many natural predators, so they don’t need to have quick reflexes or anything like that.


Koala bears animal spirits are just about as calm and relaxed around humans in the wild as they are in captivity. People believe that the koala bear’s chill nature is in part affected by their diet of eucalyptus leaves, which have a calming and relaxing effect. However, scientists believe that it is part of the koala bear’s personality that keeps it so calm, and not just their diet. This characteristic about the koala bear helps to symbolize the obvious, relaxation, calm, and meditation. 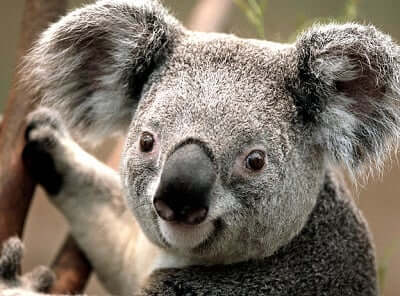 Now that we know about the physical aspects and actions of the koala bear, we can talk about some of the mythology behind the koala bear spirit guide that helps to contribute to its symbolism.

Koala bears live on the island continent of Australia, so the Aboriginals constructed the myths around these animals. It is said that koala bears animal totems were created from clay, and were supposed to lead the people in a way, by giving them their knowledge. Other myths say that people were turned into koala bears for a short time to give them a better chance of survival.

The koala bear was also said to climb trees, and teach humans to climb trees as well, so that they could better watch for threats and other things of that nature. The mythological roots of the koala bear add in symbolism as well, but less of a relaxed and sleepy tone, and more protective and parental symbol.

People who claim to have the koala bear symbolic meaning as their totem animal are supposed to act much like this sleepy creature. They tend to be very relaxed; it’s hard to put them on edge. They often tend to have great success in calming down other people as well. Since the koala bear is a sleepy animal, these people also have sleep-like qualities to them. They will see dreamy at times, and this may make them more imaginative than the average bear, or average bear totem.

People with koala bear spirit totems tend to be laid back, but this may come off as them being lazy as well. Being a koala bear isn’t all that perfect, but it does have some great upsides to it. Overall, the koala bear totem works in all of the koala symbolism in.

The koala bear symbol is not much like the bear, in actions or in symbolism. If you want to learn more about symbolism in other animals or plants, and even ideas, then you can read more articles on the topic here at sunsigns.org!