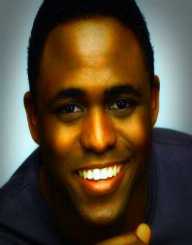 Wayne Brady is an American singer and actor who rose to fame as a comedian on ABC Network's Whose Line is it Anyway? Ac accomplished singer as well; he also took part in the highly-praised Broadway musical Hamilton. He played the antagonist Aaron Burr in the said musical.

Wayne Brady married his first wife Diana Lasso on December 31, 1993, but the couple later on September 21, 1995. He was married a second time on April 3, 1999, to Mandie Taketa. The married couple had one child together named Maile Masako Brady born in 2003.

He suffered a mental breakdown on his 42nd birthday and stated that Takeda helped him to recovery.

Shy Kid On The Block

Wayne Brady was born in Columbus, Georgia on June 2, 1972. He later moved to Orlando, Florida where he was raised by his paternal grandmother, Valerie Petersen, and his aunt. As a child, he had a very distinguished stutter and as a result, shied away from social interactions. At home, he proved to be a smart child; the only drawback is his embarrassment for his stutter. He was tutored by his grandmother, which he fondly called "mom," at home. It was also at the comfort of his own home where he devised plays, commercials, songs and other such activities as inspired by those shown on the television.

Wayne Brady studied high school in Orlando called Dr. Phillips High School and graduated in 1989. In 1990, he decided to enroll at the University of Miami.

As a way to counter his shyness and boost confidence, he joined his high school theater club. Simultaneously, he was also a part of the ROTC and almost pursued a military line of work had he not received positive feedback from his school play. In turn, Brady and his grandmother made a deal that if he fails to earn income as an actor for half a year, he will pursue his military inclination.

Wayne Brady moved to a musical revenue in Oahu, Hawaii in 1996 where he also met future wife, Taketa. He auditioned in 1997 to British comedy series Whose Line Is It Anyway? And the rest is history. Brady went on to become a series regular, and in 2001, he finally had his show called The Wayne Brady Show that aired in the ABC network.

In 1992, Wayne Brady was awarded the "Rookie of the Year Award for Theater Sports / Improv" for his outstanding performance.

He also won a Primetime Emmy for his work in Whose Line Is It Anyway? Under the category of Outstanding Individual Performance in a Variety or Music Program in 2003. Aside from that, he took home the Outstanding Talk Show Host of the Daytime Emmy Awards for the Wayne Brady Show in 2003 and 2004.

Wayne Brady became a celebrity board member of Ronald Mcdonald House Charities (RMHC) in 2007. The RMHC is an American non-profit organization dedicated to the establishment support children's health and well-being.