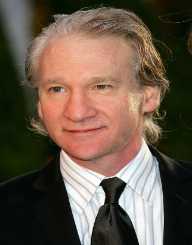 Bill Maher is among best political commentators and talk show hosts present in recent times. With a life of both right and controversial decisions, Bill has remained top and succeeded throughout his career.

His name is William Maher, but he is widely known as Bill Maher. He was born on 20th January 1956 in New York City. They were only two children to their parents, and they grew up in River Vale, New Jersey. From an early age, Bill came to understand much of the current events and what goes on in the television world, courtesy of his father who was the news editor for NBC.

His father had the opportunity to air out his opinions on important issues happening daily that touched lives of the Americans. The young Bill Maher developed an interest in such opportunities his father had.

After successfully finishing his high school education at Pascack Hills, he enrolled at Cornell University. In 1978, he graduated with History and England degrees. Before this college education, however, he had already chosen to become a comedian but kept the decision for himself. He only confessed this to his parents after he graduated from Cornell.

Bill Maher modestly began his comic career. He made several appearances in several comedy clubs in Los Angeles and New York. He went ahead to land some minor roles in some films and television programs in 1983, 1985, and 1989.

Before getting a solo gig in 1992, Bill hosted another short-lived CBS series in the 1990's. The solo gig was on the set One-night stand. This did not prevent him from engaging in his stand-up appearances as he continued making appearances for several of them.

Like any other comic who wants to leave a mark, Bill Maher was optimistic about making himself as a brand in the industry. It was not easy as the opportunities never came his way. In 1993, one opportunity presented itself when he was approached by Comedy Central cable Network Company that was still new and struggling.  He was to host a program on that channel.

It was successful as it hosted many people from different backgrounds; from athletes to rock stars. The theme was centered on all current news happening around. Maher kept the show lively interjecting in between and giving own opinions and comments.

The show became the new kid on the block and was a hit instantly. This made Bill Maher win three consecutive awards from the Cable Ace for being the best entertainment host. The show was now rivaling other bigger shows that had been in existence for a very long time. Everything was running smoothly until the 11th September terrorist attack in Washington DC.

The September attacks in Washington DC made the US declare retaliatory wars against its attackers. Bill Maher on his show termed the decision as of a coward nature since they were being done from the long distance by the used cruise missiles. The remarks did not go well with ABC who rebuked him, and he was required to issue an apology. The apology was accepted, but it was too late. The damage had been already done, and the management had no option but cancel the show 'politically incorrect’ with effect from June 2002.

That did not finish him at all. In 2003, he made a comeback to the airwaves with a new program on HBO. In the following years, Bill Maher made several comedy specials and offered critical views on matters touching on religion. His recent work involves teaming up with Shane Smith in 2013 as an executive producer of the HBO documentary series, “The Vice.”