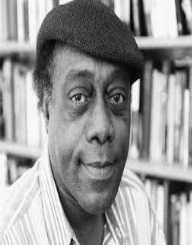 James Alan McPherson was born on September 16, 1943. He was an African American Essayist. He was also a short-story writer. He was renowned for being the first African American writer to win the Pulitzer Prize for Fiction. He died at the age of Seventy two years.

James Alan McPherson was born on September 16, 1943, in Savannah, Georgia in the United States. He was born to a Master electrician and a maid. His first essay was titled ‘Going Up To Atlanta.’ In 1964, he joined Morgan State University where he graduated in 1964. In 1964, he later joined Morris Brown College. In 1965, he graduated with an Undergraduate Degree in history and English. He later joined Harvard Law School. In 1967, he alongside Alan Lebowitz studied fiction writing. In 1968, he received an LL.B. from Harvard Law School. He later wrote and published ‘Gold Coast.’

In 1975, he became the assistant professor of the Morgan State University a post he held until 1976. In 1976, he served as the assistant professor at the University of Virginia until 1981. He later wrote ‘Railroad: Trains and Train People in American Culture’ which was a nonfiction book. In 1977, he wrote and published ‘Elbow Room’ which was his last Fiction collection.

In 1978, James Alan McPherson joined Yale University as a visiting scholar until 1979. In 1981, he joined the Iowa Writer’s Workshop where he stayed for his whole life. In 1990, he wrote ‘Confronting Racial Difference’ a nonfiction book. In 1997, he became a member at the Stanford University’s Center for Advanced Study In the Behavioral Sciences until 1998. In 1998, he wrote other nonfiction books including ‘Fathering Daughters: Reflections by Men’ and ‘Crabcakes: A Memoir.’

In 2000, he wrote his last nonfiction book ‘A Region Not Home: Reflections on Exile.’ In 2002, he again became a member of the Stanford University’s Center for Advanced Study in Behavioral Science for a year. In 2005, he became the acting director after the demise of Frank Conroy.

In 1972, James Alan McPherson received the honorary Guggenheim Fellowship award. In 1978, he was awarded the Pulitzer Prize due to his fiction book ‘Elbow Room.’ In 1981, he received the MacArthur Fellowship. In 1995, he was inducted into the American Academy of Arts and Sciences. In 2000, his short story ‘Gold Coast’ was selected one of the Best American Short Stories of the Century. In 2011, he received the Paul Eagle Award from the Iowa City UNESCO City of Literature.

James Alan McPherson married Sarah Lynn Charlton with whom he had one child. He later divorced her. He also had a son from another relationship. He died on July 27, 2016, of Pneumonia in Iowa City, Iowa, United States. He died at the age of Seventy two years.