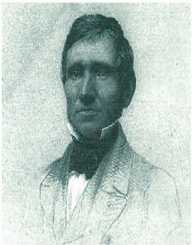 Charles Goodyear was born on December 29th, in 1800. He is best remembered for having developed what is termed as vulcanized rubber. Considering the fact that rubber was adopted in applications such as tires and footwear, the Goodyear Tire and Rubber named its company after him.

Charles Goodyear was born on December 29th, in 1800. His place of birth was in New Haven, Connecticut. He was the first born son to Amasa Goodyear. Upon leaving his hometown in 1814, Charles went ahead and worked in hardware related businesses. He returned to Connecticut when he was 21 and partnered with his father to manufacture metal buttons and ivory. They also engaged in other types of businesses.

After investing in a number of businesses, Charles Goodyear found a way of vulcanizing rubber in 1839. After that, he patented the idea in 1844.

Charles Goodyear tied the knot with Clarissa Beecher in 1824.