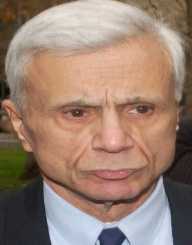 Born on September 18th, 1933, Robert Blake rose to become an Emmy award-winning actor in his successful acting career. In this career, Blake earned his fame by featuring both on TV and in the film industry. In his career spanning close to two decades, Blake played the lead role in over 70 films. His notable role during this period is the 1967 hit film called In Cold Blood. He was bestowed with an Emmy award for the role he played in the film Baretta. Regardless of the success that he has been associated with, Blake was also followed by a string of controversies more so when he was alleged of killing his second wife.

At the time of his birth on September 18th, 1933, Robert Blake was given the name Michael Gubitosi. His place of birth was in Nutley in New Jersey. His mother’s name was Elizabeth Cafone while his father was named Giacomo Gubitosi. His father worked in a can manufacturing company as a die setter. Blake’s parents began performing on stage, and it is from this that Blake took his acting talents to the stage. Growing up for Blake was a challenge as his alcoholic father physically abused him.

In school, Blake was also bullied by his classmates. In fact, this resulted in several fights that Blake had to be expelled from school when he was young. Later, his father took his life away by committing suicide. A few years later when Blake was aged 14, he fled from home which led to several problematic years for him.

Robert Blake began acting while he was still young. His first uncredited role came in 1939 when he played the role of Toto in Bridal Suite. Sooner or later, he was cast on Our Gang which was another MGM production. These were short subjects films that he later featured in 40 of them in the period from 1939 to 1944.

During the 1950s, Robert Blake focused on improving his acting skills. He did this by first enrolling Jeff Corey’s acting classes. By mid-50s, Blake was good at his work, and it is in 1956 that he was given the stage name Robert Blake. Some of the notable films that he featured in during this period included Apache War Smoke -1952, The Rack – 1956, Screaming Eagles – 1956, The Tijuana Story -1957, Battle Flame -1959, The Purple Gang – 1960 and several others.

Robert Blake was also active on TV, and it is from here that he landed the most notable role that garnered him high acclaim. This was in 1975 when he played the role of detective Tony in the TV series called Baretta. The TV show ran for 82 episodes from 1975 to 1978. After that, Blake was bestowed with an Emmy Award for his remarkable performance on the show. Other roles on TV that he appeared in were Blood Feud – 1983, Hell Town -1985, and Judgment Day – 1993. Blake also received an Emmy Award nod for his role in the latter television film.

In 1961, Robert Blake wedded Sondra Kerr. Together they were blessed with three children. They separated in 1983. After divorcing his first wife, he had a romantic relationship with Bonnie Lee Bakley. Soon, Bakley got pregnant, and Blake was obliged to be responsible in spite of his resentment into the relationship. The death of Bakley in 2001 gave rise to a case where Blake was the key suspect as the murderer.