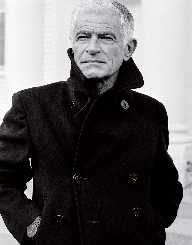 James Nachtwey is an award-winning American photojournalist. Born on March 14, 1948, he is known for his stunning photos and moving images of conflicts, war, atrocities, and uprisings in various countries. In 2003, while working in Baghdad, his convoy suffered grenade attack leaving him injured. He however recovered from his injuries. Nachtwey has since 1984 worked with Times as a contract photojournalist and with Black Star from 1980 to 1985.

He was a founding member of VII Photo Agency and member of Magnum Photo from 1986 to 2001. Nachtwey has won several awards for his works including the two World Press Photo awards. He is a five-time winner of the Robert Capa Gold Medal from the Overseas Press Club.

James Nachtwey was born on March 14, 1948, and raised in Massachusetts. In 1966, he enrolled at Dartmouth College where he studied Art History and Political Science.

He graduated in 1970. Nachtwey settled on a career in photography after seeing images of the American Civil Rights movement and the Vietnam War. He taught himself photography while serving as an apprentice new film editor. He also worked as a driver and aboard ships in the Merchant Marine.

James Nachtwey started a career as a newspaper photographer at Albuquerque Journal in New Mexico in 1976. Four years later, he moved to New York where he worked as a freelance magazine photographer. In 1981, he covered his first foreign assignment, the civil conflict in Northern Ireland during their hunger strike.

After that assignment, James Nachtwey resolved to document social issues, conflicts, and wars. He has since worked in that regard taking extensive photographs in several countries including Afghanistan, Israel, the West Bank and Gaza, India, South Korea, South Africa, Russia, Chechnya, Sudan, and Rwanda, among several others. He had connections with Black Star from 1980 to 1985.

In 1984, Time Magazine contracted James Nachtwey as a photographer, and he has since been working with the news outlet. He was a member of the Magnum from 1986 to 2001. Nachtwey is a founding member of the VII photo agency established in 2001.

James Nachtwey has held several solo exhibitions including at the International Center of Photography in New York, the Museum of Photographic Arts in San Diego, and the Bibliotheque Nationale de France in Paris. Other venues include the Palazzo Esposizione in Rome, the Massachusetts College of Art in Boston, the Hasselblad Center in Sweden, Culturgest in Lisbon and the El Circulo de Bellas Artes in Madrid among several others.

In 1994, James Nachtwey was covering impending South Africa’s first in-racial election as an associate of the Bang-Bang Club during which he witnessed the shooting of South African photojournalist Ken Oosterbroek.

He received his first combat injury while covering the Iraq War when an insurgent threw a grenade into a Humvee he carrying him alongside Time correspondent Michael Weisskopf. Weisskopf was bold enough to grab the shell and threw it out. However, it blasted injuring them and two soldiers. They were airlifted to Germany and later returned to a hospital in the United States.

On December 24, 2004, James Nachtwey covered the tsunami in Southeast Asia and was present during the September 11, 2001, World Trade Centre attack.

He has compiled a photo essay showing the effects of the Sudan conflicts on civilians. A documentary on his extensive photographic works title War Photographer was released in 2001.

James Nachtwey has not married and has no child. He has won several awards including the Robert Capa Gold Medal from the Overseas Press Club for five times, Princess of Asturias Award for Communication and Humanities, 2016 and Honorary Fellowship of the Royal Photographic Society.