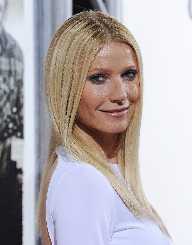 Gwyneth Paltrow was born on September 27, 1972, in Los Angeles, California.  Her mother Blythe Danner is an actress, and her father Bruce Paltrow was a producer and director.

When he was living in Santa Monica, California, Paltrow went to Crossroads School.  Gwyneth Paltrow later went to New York City to the Spence School.  When she was 15 years old, she was an exchange student in Spain for a year.

Gwyneth Paltrow went to the University of California – Santa Barbara to study anthropology.  Gwyneth Paltrow dropped out so that she could follow a career in acting.

Gwyneth Paltrow father directed her first TV movie, High, in 1989.  The next year she made her first appearance on stage at the Williamstown Theatre Festival in Massachusetts.  From there Gwyneth Paltrow had roles in films such as Shout, Cruel Doubt, and Deadly Relationship.

Gwyneth Paltrow showed her versatility as an actress over the next few years.  Gwyneth Paltrow was in the thriller film Seven with Brad Pitt, the Jane Austen-based film Emma set in 19-century England, and the romantic-comedy Sliding Doors. In the same year as Sliding Doors, Gwyneth Paltrow took on another adaptation of British literature as the star in Charles Dicken's Great Expectations.  Her most acclaimed role to date is in 1999 as William Shakespeare's fictional love interest in Shakespeare in Love.

Gwyneth Paltrow was even guest vocals on the Coldplay single “Everglow” in 2015. As Pepper Potts in Marvel's Iron Man and Avengers movies, she showed that she could be among action heroes.  When she starred in Shallow Hal in 2001, Gwyneth Paltrow put on a fat suit to portray a 300-pound woman that Hal only sees for her inner beauty.

Since 2008, Gwyneth Paltrow has been working on books related to food and cooking. Her first book Spain, A Culinary Road Trip shared her love of food and Spain with celebrity chef Mario Batali.  Gwyneth Paltrow continues this focus with books like Notes From My Kitchen, and It's All Good

Gwyneth Paltrow spent many of her years dating leading men and actors such as Brad Pitt and Ben Affleck.  In 2003, Gwyneth Paltrow married Chris Martin of the band Coldplay.  Together they have a daughter and a son.  The two separated in 2014.

Gwyneth Paltrow has contributed to some charitable organizations.  In 2015, Variety magazine honored her for her work with L.A. Kitchen, a nonprofit organization providing meals to the hungry and poor in Los Angeles.

Gwyneth Paltrow is also an advocate for the environment and equal rights for women in the workplace.