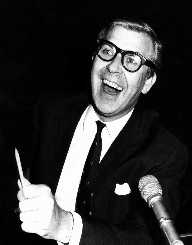 Born on June 19th, 1928, Barry Took garnered fame for being an English writer and a comedian. Aside from this, he was also a TV presenter. His most notable projects featured his partnership with Marty Feldman for more than ten years. This contributed to works such as Bootsie and Snudge TV series, Round the Horne, a radio comedy show, and several others. As a presenter, he won the hearts of his fans by presenting a BBC show that was called Points of View.

Barry Took born on June 19th, in 1928. His place of birth was in Muswell Hill in England. He grew up at a time when the war was going on. He went for his early education at Stationers School, but he never completed school as he fled when he was only 15 years old. Took had an elder brother named Philip. He had been hired to work with the US Space Program but unfortunately passed when he was still young.

Considering the limited education that Took had, he went from job to job trying to earn a living. There is a time when he worked as an office boy for a certain publishing company. Later, he also got another job as a cinema projectionist. He also worked with the Royal Air Force where he used to play the trumpet. It is at this point that Took earned the courage of entertaining people. As a performer, he initially worked on his early projects such as For Adults Only and For Amusement Only.

After meeting Marty Feldman in 1954, Took comedic career took a different turn as he began a successful track record with his performances. Together, they formed a strong partnership that earned them scripting jobs for some TV shows during the 50s and 60s. Some of their early television writings were The Army Game, Bootsie, and Snudge, Beyond Our Ken, and Round the Horne. Took and Feldman continued with their productive partnership all the way until 1974.

By 1960s, Took’s comedic talents had been recognized and that it earned him respect more so from BBC. As a result, Barry Took was given the responsibility of working as a BCC comedy advisor. Around this period, he was credited with helping Monty Python's Flying Circus performers to come together and work coherently. Took later moved to the United States to work on Rowan and Martin's Laugh-In. Upon his return to the United Kingdom at the beginning of 1970s, he worked on The Goodies, which was another BBC series.

In 1975, Barry Took wrote On the Move, a TV series that was meant to raise national awareness on the benefits of adult literacy. Other related TV series that followed suit included the Write Away and Your Move.

Two years later, he partnered with Robin Bailey, Andrew Sachs, Gwen Taylor and Chris Emmett to come up with his TV series. His comedy show was called Took and Co and that it ran for seven episodes on ITV network.

In 1979, Took took a long-term job career with BBC Radio 4 as the chair of The News Quiz. He worked in this position for 17 years. Still, in the same year, he also took the role of Points of View presenter where he offered his services over the next seven years.

Barry Took met his first love at a time when he was serving in the Royal Air Force. Her name was Dorothy "Dot" Bird. Bird was working under the Women's Royal Air Force. The pair wedded in 1950. They were blessed with three children in their relationship. Nevertheless, they went separate ways later on. Took married for the second time in 1964 to Lynden Leonard. The couple had one daughter together. In 1999, they broke off their marriage. Took had been an alcoholic and he confessed that it had affected his career and his personal life negatively.

Barry Took suffered a stroke during the late stages of his life. On March 31st, 2002, he died. He was 73 years old when he passed away.