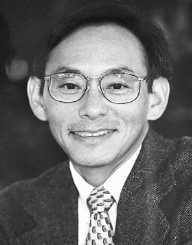 Only the second Chinese-American to become a cabinet member, Steven Chu served as the United States Secretary of Energy, from 2009-2013.

He shared the Nobel Prize in Physics in 1997, for his research work on using lasers for the cooling and trapping of atoms.

The Chu has supported the adoption of energy production methods that rely on renewable sources and nuclear power.

Born to Chinese immigrants on February 28, 1948, Steven Chu’s birthplace is St. Louis, Missouri. His parents were well educated; his father a doctorate in chemical engineering, and his mother an economics graduate. He has two siblings, both brothers.

In a family of excellent scholars, Steven Chu was not brilliant at academics. While studying at the Garden City High School, he had a keen interest in sports – particularly baseball, swimming, and tennis.

He graduated in 1970 from the University of Rochester, earning bachelors’ degree in both Math & Physics. Later, he received a Ph.D. in Physics, from UC, Berkeley.

Steven Chu’s area of interest was the LASER technology. He has done his most important research in this field. He worked as a researcher under a fellowship program at UC, Berkeley for two years after receiving his Ph.D. Later he joined Bell Labs. It was here that he carried out his Nobel Prize-winning research on the use of lasers for the cooling and trapping of atoms.

From 1987 to 2004, Chu served as a Professor of Physics at the Stanford University, becoming the department head on two occasions – 1990 to 1993, and 1999 to 2001.  Apart from laser cooling techniques, Chu was interested in biological physics and polymer physics at the molecular level. He did extensive research on enzyme activity.

In 2004, Steven Chu was made the director of Lawrence Berkeley National Laboratory. He researched on efficient solar energy methods, and the use of biofuels.

Steven Chu became the U.S. Secretary of Energy in 2009. He held this position for four years.

As an Advocate of Renewable Energy

Throughout his career, Steven Chu has voiced his support for the renewable energy methods and a shift from the traditional fossil fuels. He is a member of the Copenhagen Climate Council. He also put forward the concept of a glucose economy where the primary fuel is derived from high glucose plants.

In 1997, Steven Chu shared the Nobel Prize in Physics with his teammates for their research on laser cooling techniques. He also received the prestigious Humboldt Prize in 1995.

Even though Steven Chu has Chinese ancestry, he is not well versed in the language. His parents did not allow Chinese to be often spoken at home.

Steven Chu has married twice. His first marriage was to Lisa Chu-Thielbar, an astrobiologist. Together they produced two sons – Geoffrey and Michael.

The Chu married for a second time in 1997 to Jean Fetter, a British-American Physicist.