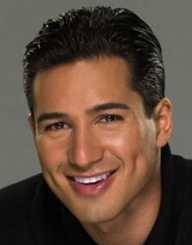 Mario Lopez is an American television host and actor born on October 10th, 1973.  He has featured in numerous TV series such as Extra, Saved by the Bell, and America's Best Dance Crew. Before his fame, Lopez tried his luck in wrestling during his high school days. Also, he was among the competitors at the California State Tournament.

Mario Lopez was born on October 10th, 1973. His place of birth was in San Diego, California in the United States. He was the son of telephone company clerk, Elivra and Mario Sr. At the age of three, young lopes began \dancing lessons.

Mario Lopez attended Chula Vista High School where he wrestled for the school during the state of California. He graduated in 1991, the same year he participated in the wrestling tournament.

In 1984, Mario Lopez made his debut TV appearance in the comedy a.k.a. Pablo. In the same year, he also worked with Kids Incorporated a kids’ show as a drummer. This show was featured for two years. In the subsequent years, he made other TV appearances.

In 1989, Mario Lopez was cast as A.C. Slater in the sitcom Saved by the Bell. He also hosted Masters of the Maze, a game show and Name Your Adventure reality series. Additionally, he appeared in Killing Mr. Griffin and Fever Lake movies.

In 1997, his role in Breaking the Surface earned him significant recognition from both viewers and critics. The following year he featured in Pacific Blue as an undercover officer. In 1998, he also co-hosted the Miss Teen USA 1998.

As much as Mario Lopez had become famous for his acting and TV hosting career, the year 2006 was his turning point. This is when he participated in the Dancing with the Stars show and became runner-up in the end. In this year, he also featured in the popular series The Bold and the Beautiful.

In 2008, Mario Lopez hosted both America's Best Dance Crew and Extra which is still aired currently. In this year he also appeared in the musical A Chorus Line which marked his debut Broadway role. In 2011, he became the host of ON With Mario Lopez radio show.

Mario Lopez published Mario Lopez Knockout Fitness book, which was the first book he ever wrote in 2008. His other book was published in 2010 with the title Extra Lean. This is a cookbook which became among bestsellers books. Subsequently, he released a children’s’ book titled Mario and Baby Gia in 2011. His second cookbook Extra Lean Family was published the following year.

Mario Lopez dated actress Ali Landry for six years before marrying her in April 2004. However, this union was annulled two weeks later. This was after Ali found out that Mario Lopez had been unfaithful to her during his bachelor party, just a few days to their wedding.

Subsequently, Mario Lopez began dating Karina Smirnoff, a professional dancer from 2008. They broke up in 2008 upon which he began a relationship with Courtney Mazza. She is a Broadway dancer, producer, and actress. Later in December 2012, the lovebirds exchanged wedding vows. They are blessed with a daughter Gia Francesca and a son Dominic.