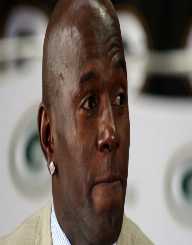 A native of Texas, Donald Driver, is famously known as a professional athlete and children’s activist. Before fame, Donald worked hard as a promising thespian that turned him into a performer in Dancing with the Stars show. He then came up with his show titled The Huddle with Donald Driver which turned into a big hit. Donald rose to fame as a former American football wide receiver. He played in the NFL for 14 seasons with the Green Bay Packers. However, life hasn’t always been a walk in the park for him. Donald was once a homeless man who stole cars as well as selling drugs. Let’s see what he has in store for us.

DonaldDriver is an Afro-American native whose smile never fades no matter the struggle and hardship. In short, he is a tall, dark and handsome kind of guy. But this didn’t mean that his looks were as the same as his earlier life. He did anything beyond his power just to support his decent family. This illustrates that Donald is a free thinker and he hates to copy other people’s ideas. In other words, he loves to judge things in his way. He is the crème de la crème when it comes to humanitarian work. He is quite at ease when he sees that his family and friends are alive and kicking. This kind of trait is seen when he tries to do everything that comes his way. That said Donald makes a perfect entertainer, and it’s certain that Dance with the Stars team misses his moves. In all that Driver has passed through, he has shown that a never give up soul instills in his midst.

On February 2nd, 1995 Donald Driver was born in Houston, Texas United States to Faye Gray and Martin Driver Jr. He joined Mississippi Alcorn State University where he led his football team to higher ranks. He was then selected to join the Green Bay Packers in 1999 where he served his tenure for 14 years. Before turning into a superlative being, Driver used to move from town to town in search of favor and opportunities. His parents draw a negative impact in his early life. His maternal mother got married to different people as well as his father. This made him embrace an impoverished life; rarely Donald didn’t like his parents. He has four siblings with whom he came to live with them on a truck together with his dearest mother.

Donald’s kept striving for more than he can imagine. He ate and digested his thoughts day and night. He opted to sell drugs to provide for his family. His life changed when his longtime friends took his savings. This was a wake-up call for Driver. At 14 years of age, his mother moved him to his grandfather’s house. It was here that he received a solid upbringing. He joined Houston Milby High School where he blazed in activities like basketball, baseball, and football.

Donald Driver was lucky to attain a scholarship at Alcorn University. It was here that he studied Accounting as well as playing football. In the process, he joined an African-America organization called Alpha Phi Alpha fraternity. Consequently, he also succeeded as the ideal track and field player in 2000.This made him garner an Athlete of the Year Award for three years consecutively.

Afterward, Donald left his former University team-Alcorn with 17 touchdowns, 1,933 yards, and 89 receptions. Overall, he was selected as the 214th player where he managed to join the Packers training camp before the millennium.

Throughout his career, he has been known for his out of world leadership skills and art of athleticism. Not to mention he was created to last in the football industry. But what do I say? To him, age is just but a number.

In the mid of 2009, Donald was selected as the Packers’ of the all-time receiver, all thanks to the 600 catches that he completed successfully. In 2011 he helped his team to garner the Super Bowl XLV. He then retired in 2012 with the completion of 10,137 yards and 743 receptions.

Along with his football career, Driver also plays as a co-host of the Inside the Huddle with Donald Driver. He launched the show in 2014.At 37 years old, Donald pocketed ABC’s dancing with the Stars 14th seasons beating William Levy and Jenkins. In 2013 Donald’s tenure was honored with the launch of a statue as well as a renamed street in Green Bay. He also makes a perfect author of several books including Driven that cemented the entire of New York. When it comes to his personal life, Donald’s family means the world to him.

In 2000 Donald married the love of his life Betina Driver and the couple was blessed with three children: Cristian, Charity, and Christina. During his free time, Driver likes to visit different institutions such as children’s hospital and needy schools. He loves to volunteer just as much as he loves to put a smile on loving hearts. His noble heart and ever blazing smile made him launch Donald Driver Foundation that focuses on underprivileged children. In 2013 he was recognized with an AMVETS Humanitarian Award.