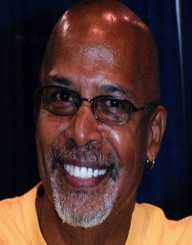 Michael Warren graduated from South Bend Central High School and then went to the University of California, Los Angeles on a sports scholarship. He graduated from UCLA with a degree in television, radio, and film.

At university, Warren was an All-American basketball star; for two years he was captain of the team (1966-1968).

Michael Warren's first appearance on television was in the series Sierra (1974) where he portrayed a park ranger in an adventure series. He also appeared in the daytime soap opera Days of Our Lives (1976), The White Shadow, City of Angles, Soul Food and the crime drama Paris.

Michael Warren also was in the ABC series Lincoln Heights. He became known in the 1980s for his role in Hill Street Blues. The NBC primetime police drama ran for 146 episodes between 1981 and 1987.

In 1982, Michael Warren was nominated for a Primetime Emmy: Outstanding Supporting Actor in a Drama Series for his portrayal of Bobby Hill in Hill Street Blues (1981). He was inducted into the Indiana Basketball Hall of Fame in 1992.