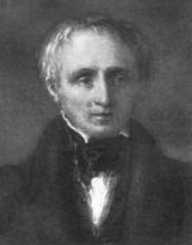 Thomas De Quincey is a writer and essayist, famous for his nonfiction work Confessions of an English Opium Eater.

Thomas Penson Quincey was born on 15 August 15, 1785, at Manchester, Lancashire. He was the fourth of five children but had lost sisters Jane and Elizabeth when he was young.

Thomas’s father, a cloth merchant, died in 1793, but he had managed to leave the family financially comfortable.

After Thomas Penson was born, the family adopted the name to de Quincey after tracing their roots to de Quincy, an Anglo-French name that dated back to Norman Conquest.

Three years after the death of his father, his mother Elizabeth Penson moved the family to Bath, Somerset in 1796.

When the family moved to Bath, Thomas Penson attended King Edward’s Private School. He had an aptitude for languages; he could speak and write ancient Greek fluently by the age of fifteen.

Thomas Penson only spent three years there, as he transferred to Manchester Grammar School after he was struck on the head by a prefect. Starting in Manchester Grammar school in 1801, Thomas was moved to Worcester College in Oxford with hopes a scholarship to Brasenose College, Oxford after three years.

After reading Lyrical Ballads, written by Wordsworth and Coleridge, or perhaps he was bored with routine and the teachers,

Thomas Penson ran away. After nineteen months in Worcester, the seventeen- year- old ran to Wales via Manchester. He lived in starvation in London for a while, befriending a prostitute named Ann, and he was found late 1803.

Thomas Penson returned to Worcester College on a lower income, but he started to read. Thomas was proficient in many subjects, but he failed to receive a degree because he missed the crucial oral examination.

It was during 1804 that Thomas Penson was introduced to opium, in the form of laudanum for his facial pains. By 1813 he had become addicted to the medication and remained so until his death, although he had famously gone without for sixty- one day around 1848.

In 1809, Thomas Penson settled in Dove Cottage Grasmere, to be close with William Wordsworth and Samuel Coleridge. He started writing for magazines and journals, only became serious when the money ran out.

Thomas Penson worked as an editor for The Westmorland Gazette in 1818, but he resigned a year later due to his inability to fulfill deadlines. He briefly moved to Holyrood Park in Edinburgh, as it was a debtor’s sanctuary.

Thomas Penson had spent all his father’s inheritance and had no steady income after graduating from college. Unwise with his spendings, he owed more than what he had inherited.

Thomas Penson was also a book collector and had refused to sell his books even during most dire times. Thomas kept renting four houses, which were all filled with books that he had bought.

Thomas Penson was persuaded to write about his opium experiences for the London Magazine in 1821. Confessions of an English Opium Eater was first published in essay form but soon was printed into a book. With his new fame,

Thomas Penson continued to the writer for various magazines, as well as eleven more books in his lifetime.

With On the Knocking at the Gate of Macbeth, published in 1823, Thomas showed that he could be a literary critic with a detailed psychological analysis of Shakespearean criticism.

Followed by fiction writing such as Klosterheim and Household Wreck. Thomas also wrote many biographies of celebrities whom he knew. Many of it was printed in Blackwood's Edinburgh Magazine and Tait's Magazine around the 1850s.

Thomas Penson also moved homes regularly to avoid debtors, from London to Glasgow and finally in Scotland. It was after his mother’s death in 1846 that his financial state began to improve, and when his children were old enough, they began to manage his finances better.

Thomas Penson continued to write, and his final publication was Autobiographical Sketches, printed in 1853.

Thomas De Quincey married  Margaret Simpson in 1816, the couple had eight children, but only four survived infancy. Margaret died in 1837, his son Paul migrated to New Zealand. While his three daughters looked after him when they were older.

Thomas Penson died on 8 December 1859 in Edinburgh. He was buried in St Cuthbert's Churchyard.