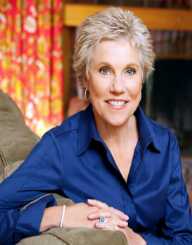 On June 20, 1945, Anne Murray was born in the Nova Scotia coal mining town in the Canadian Deep South region. Her father was James Carson Murray, and he had a career as a medical doctor. Her mother’s name was Marion Margaret Murray, and she worked during her lifetime a registered nurse. She had five brothers.

Anne had an early fascination with music from an early age. For six years, she studied piano. And when she was fifteen years old, she began to take vocal music lessons.

In her own words, Anne recalls that singing was a part of her daily routine when growing up. Her father sang while shaving. Her mother sang around the house.  And also her five brothers were always singing together. Anne acquired the virtues of determination and perseverance from her family.

In 1962, she finished high school in Springhill. Then she studied physical education for one year at the ‘Mount Saint Vincent University’, Halifax. Afterwards, she attended the University of New Brunswick’, Fredericton.  In 1966, Anne obtained her degree in the field of physical education.

Anne Murray became a lead singer for a television series ‘Sing-along Jubilee’ in 1967. That is when her teaching career came to an end. ‘What About Me’ was her first album and was released in 1968.

In 1969 her album ‘This Way is My Way’ was released where she made her major debut under the Capitol Records.

Anne sang ‘Snowbird’ a song written by a Canadian writer, Gene Maclellan in 1970. The song turned out to be an instant hit. She became the first Canadian female artist who received an American ‘Gold Record.’  This indicates the album sale of more than 500,000 copies.

Anne Murray began to have regular appearances on popular variety shows in the 1970s. Famous shows such as ‘The Glen Campbell Goodtime Hour.’ ‘The Muppet Show.’ The ‘American Bandstand and the ‘Saturday Night Live.’


A Time For marriage

Anne Murray temporarily dropped out of the music world from 1975 after her marriage. For few years she focused on bringing up her family.

In 1977, she recorded an album for children entitled, ‘There’s a Hippo in My Tub.’ She won the Juno award for this album in 1979. Except for 1985, she released at least one album every year in the decade to 1990. She widely performed during this time.

In 1989, she began the ‘Anne Murray Center’ in Springhill, Nova Scotia to advance music in the area.

In the three years to 1996, Anne Murray stopped working when her long-time friend and manager died. Afterward, she decided to sign on with a new manager. This eventually made her career took a turn for the better.

In 1997, she released her first live album. She published in 1999 an inspirational songs album called, ‘What a Wonderful World.’

Anne and her daughter, Dawn appeared on different talk shows to promote awareness and help prevent Anorexia Nervosa. This condition is adduced to be an eating disorder in young women.

In 2001, she released her album ‘What a Wonderful Christmas.’ It was a great hit. Her album entitled ‘Country Crooning’ which was a collection of country songs came out in 2002. She released her 33rd studio album titled ‘All of Me.’

Together with Canadian contingent of performers in late 2005, they raised funds for tsunami-affected victims in Southeast Asia.

Through the years, Anne Murray is beyond just a Canadian icon. She has won many awards, and her music has seldom been off the charts. She has remarkably hit the 50 million make in album sales.

Due to her tender voice and well-loved songs, she had become part of our lives. Whether in childhood, a first love, the wedding day, parenthood and loss, in all these milestones; Anne has a song. Her songs will always have a special place in our hearts. Her songs are not only comforting; it is also inspirational. They bring joy and encourage us.

Anne Murray received her first Juno award for ‘Best Female Vocalist’ in 1971. She won a Grammy award was for Best Country Vocal Performance in 1974. She got her second Grammy award in 1978.

In the year 1975, Anne Murray married Bill Langstroth. The couple had a son in 1976 and named him William. They had a daughter in 1979; she was called Dawn.