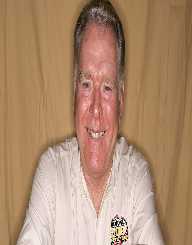 Buddy Baker was born on January 25, 1941, in Florence, North Carolina, USA. His father was a NASCAR star, Buck Baker.

Buddy Baker began his career with NASCAR as a driver in 1959. He was only 18 at the time, but he was just as determined to win races as the more seasoned racers. When he began racing, he was over six feet tall, which is rather large for a racecar driver. He was nicknamed “leadfoot,” but that doesn’t mean that other drivers were teasing him. In fact, they didn’t have the time too. They were too busy seeing the tail-end of his car!

During his time as a racecar driver, Buddy Baker set crazy records. In 1980. He finished the Daytona 500 race faster than anyone else in NASCAR history. He won the race that year as well. To this day (2017), his record has not been broken. He also won the Southern 500 in 1970.

He was also the first racer to drive over 200 miles an hour on a closed course. This broke a new speed record. However, the record was later broken by another racer, Bobby Isaac, even though it was not known at the time that his car was not up to code with NASCAR standards, which would have cost him the record.

During his entire NASCAR career, he won 19 races. He was the first racecar driver ever to win the NASCAR’s “Big Four” races, which include races at Charlotte, Darlington, Daytona, and Talladega. He retired from racing in 1992, 33 years after he began.

After retiring from professional racecar driving, Buddy Baker worked on television shows, first with the Nashville Network from 1991 to 2000. He later worked with the TNN station, color commenting on NASCAR racing events. Baker became a radio host on SiriusXM radio in 2007, speaking on the radio show, The Driver’s Seat. In 2011, he hosted a different show on the same radio network called Late Shift. He worked here until 2015.

The Buck Baker Racing School was founded in 1980 by Buddy Baker’s father, Buck Baker. Later on, Buddy Baker and his brother also began to work at the school. Most everyone was invited to try out their skills at the racing school, from the average fan to experience professional racers. The school offers courses that range from one to three days long. At the school, drivers are taught basic racing techniques, and professional drivers are given special tricks of the trade.

Buddy Baker has won numerous awards for his racing skills. Some of his most prestigious awards and accomplishments are listed below.

In 1995, he was inducted into the Charlotte Motor Speedway Court of Legends.

He is ranked 9th on NASCAR’s list for top-five finishes, ranks 10th for all-time pole positions, and is in the top ten for finishes.

Buddy Baker died on August 10, 2015, in Catawba County, North Carolina, USA. The cause of death was lung cancer. He was 74 years old when he passed away.