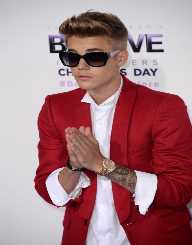 Justin Bieber was born on 1st March 1994. His place of birth was in Ontario, Canada. When Bieber was young, he earned the second position in a local talent competition. After this, his YouTube career gained him fame. After signing a contract with Usher, his singles were a major hit and that they were ranked as Top 40.

This was a record as Justin was the first solo artist to gain this recognition even before releasing his first album. The album My World was platinum in some countries. His offensive activity, however, taught a lot of critics. In spite of his, he managed to pull a good comeback in 2015 with the number 1 hit song “What do you mean?”

Justin Drew Bieber was born on March 1, 1994. He is a Canadian born singer and songwriter. The talented singer and songwriter was raised by a single mother. He became a star overnight after releasing his first album My World in 2009. In a span of two years, Bieber had hit the headlines, something that other celebrities take time to accomplish.

Right from the time, Bieber was young; he had developed the interest in music. His mother attests to the fact that he used to bang on anything that he could come in contact with. As a result of his, his second birthday present was a drum kit.

Justin Bieber was just 12 years when he emerged second place in a hotly contested talent search that was in his hometown. This was the beginning of his rise to stardom. After this event, Bieber with the help of his mother began posting videos on YouTube. These videos covered his performances on covers for celebs such as Michael Jackson, Ne-Yo and Stevie Wonder.

It took a few months before young Bieber gained popularity over the internet. His fan base was growing rapidly and sooner or later he met Usher who signed him a contract.

Justin Bieber released his first single called “One Time.” This went platinum in his home country Canada. His debut album My World followed shortly and that it managed to match the success that his first single had. It sold over 137,000 copies in a week’s time. “Baby” came in next in early 2010, and it made it into Billboard top 10. Still, in the same year, he went on to release My World 2.0 which featured ten songs.

In 2012, Bieber released another hit single, “Boyfriend.” This song was among others in the Believe album.

In 2011, a young woman filed a lawsuit against the young artist claiming that Justin Bieber was the paternal father of her child. Fortunately, DNA test later revealed that the woman was lying. His public scandal experience was featured in a song he released then “Maria.”

Public scandals surrounded him after his first public outrage with neighbors complaining about his bad behavior. For example, one of the neighbors accused him of spitting on him. Others claimed that Bieber drove too fast in a residential area.

In spite of the image backlash that Justin Bieber had experienced, he managed to revive his career in 2015. He released “What Do You Mean” which was ranked as No. 1 single. In 2016, Bieber released another hit song, "Where Are Ü Now" for Best Dance Recording.

In 2010, Justin Bieber dated the pop singer, Selena Gomez. Their relationship did not last long as they broke up in 2012.