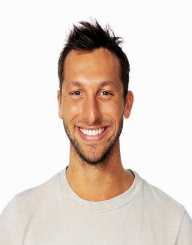 Ian Thorpe was born on October 13, 1982, in Sydney Australia. His father Ken was a cricket player while his mother Margaret was a school teacher.  His family were active in sports, and Thorpe wanted to swim like his older sister Christina. However, his allergy to chlorine delayed the start of his training.

Ian Thorpe eventually outgrew his chlorine allergy.  One way he did this was by swimming with his head out of the water, which is part of how he won a school carnival swimming race at the age of 7. By 11 he was swimming without issue. By 14, he was the youngest member of the Australian Men's swim team. Despite missing some training due to an appendix operation, he still competed in the 1997 Pan Pacific Championships. As a member of the 4 x 200m freestyle relay team, he was the youngest ever medalist of those games.

In 1999, Ian Thorpe continued to break records in the 200 m and 400 m freestyle as well as the 4 x 200 m freestyle relay. He was already considered the greatest swimmer Australia ever had.

Ian Thorpe was being wooed for sponsorship by companies such as Adidas. He also received accolades including Young Australian of the Year in 2000, ABC Sports Star of the Year, and World Swimmer of the Year by Swimming World.

He was an Olympian representing Australian when he was 17 during the Sydney Olympics in 2000. Not only did he win three gold medals with world record results, but he also earned two silver and carried the Australian flag during closing ceremonies.

In the 2004 Olympics in Athens, however, Thorpe was competing against American Michael Phelps who was on track to match Mark Spitz's seven gold medals. Thorpe still won two gold medals, one silver, and one bronze. He was the only person in Olympic history to medal in the 100-200-400 combination.

After setbacks in health and disappointing performances, Ian Thorpe opted not to compete in the 2008 Olympics in Beijing and announced his retirement in November of 2006.

Ian Thorpe attempted to make a comeback in 2012 when he participated in the Olympic games in London. However, he injured his shoulder in a gym accident in 2008. Surgery corrected the issue from the injury, but he would never be able to swim at a competitive level again. Thorpe retired from swimming for certain after that.

Ian Thorpe continued working in television as a commentator and as a presenter in the ABC documentary “Bullied”.

Ian Thorpe, also known as “Thorpey” or “Thorpedo”, has been in a relationship with model Ryan Channing. The couple lives in Australia and are supporters of gay marriage equality in the country. Thorpe came out as gay in 2014.

Ian Thorpe may not have been a swimmer at all due to his allergy to chlorine.

Ian Thorpe started his charity Fountain For Youth after he retired from professional swimming. His organization helps children undergoing treatment for life-threatening illnesses. He was also the recipient of the Powerade Never Give Up Award. The $10,000 Australian prize all went to charity.

At the age of 15, Ian Thorpe was the youngest gold medalist at the World Championships. He was also the youngest person to ever join the Australian Men's Swim Team. Thorpe was named Swimmer of the Year for four years. He won 5 Olympic gold medals, three silver, and one bronze. To date, he has the most Olympic medals of any Australian athlete.   He also holds 22 world records in swimming.

In 2000 as Ian Thorpe was preparing for the Syndey Olympics, he was accused of using steroids by German head coach Manfred Thiesmann. This was also the same year that he raced at his best-ever performance.

Ian Thorpe had been tested for testosterone and luteinising hormone (LH), but the Australian Sports Anti-Doping Authority dismissed results.  Any investigation by FINA was dropped, and the case was closed.

Most gold medals of any Australian athlete