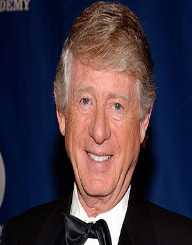 His parents were German Jews who had left Germany because of Nazism. During World War II in England, his father was considered an enemy alien and spent 18 months on the Isle of Man. After the war ended, the family lived in England until 1953, then immigrated to the United States.

Ted Koppel was a pupil at McBurney School, New York. He then enrolled at Syracuse University and obtained a science degree, followed by an MA in mass communications, research, and political science.

In 1962, Ted Koppel worked as a writer for WMCA Radio, New York. Then in 1963, he was employed by ABC Radio working on Flair Reports as an on-air commentator. Along with Charles Osgood, he covered the assassination of President John F. Kennedy in 1963.

During the Vietnam War, Koppel volunteered to report from Vietnam for ABC Radio. Instead, he was given assigned to report for ABC Television. Returning to the United States in 1968, he was appointed the ABC’s Miami bureau chief and the network’s correspondent for Richard Nixon’s presidential campaign.

ABC then sent him to Hong Kong as their bureau chief for two years, after which he was appointed their chief diplomatic correspondent (1971).  In 1975, he was made anchor of ABC’s Saturday Evening News, while continuing to file reports for ABC Radio. Koppel reported on the 1979 hostage crisis and in March 1980, he was appointed the main anchor of ABC News Nightline, a late-night news programme.

When the Iran hostage crisis broke out in November 1979, ABC News started a broadcast The Iran Crisis - American Held Hostages covering the number of days that the American hostages were held in the U.S. Embassy in Tehran. Frank Reynolds was the original anchor, then Koppel, at the time ABC News’s State Department Correspondent, was appointed, anchor. The crisis ran for 444 days.

In 1980, The Iran Crisis - American Held Hostages programme, became known as Nightline. When the crisis was over, the programme continued in the same time slot with Ted Koppel as an anchor. Broadcast on Monday to Thursday, Koppel remained the host until he announced his retirement in 2005.

During his tenure with Nightline, Koppel interviewed world leaders and political figures including Nelson Mandela (1990), Yasser Arafat (1992),  Corazon Aquino (1986), U.S. presidential candidate Gary Hart when he admitted cheating with his wife with Donna Rice (1988) and many others.

Countries the programme broadcast from during Koppel’s time with Nightline include South Africa (1985),  the Soviet Union in (1988) and Jerusalem, Israel (1988). In April 2004, Koppel read the names of the United States Armed Forces members who had died in the Iraq War which started in March 2003.

Ted Koppel married Grace Dorney in 1963, and the couple had four children.

He has also received numerous honorary degrees from various universities. In 1992, Ted Koppel was inducted into the Television Academy Hall of Fame.