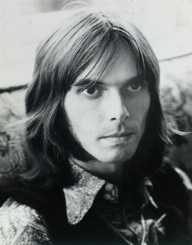 Nicky Hopkins was born on February 24, 1944, in Perivale, London, England. His parents were Freda and Alfred Hopkins.

As a child, Nicky Hopkins attended the Wembley Country Grammar School. Around this same time, he began to take piano lessons, which he continued throughout his primary education. Because of his wonderful piano skills, Hopkins earned a scholarship to continue his education at London’s Royal Academy of Music.

Nicky Hopkins accepted the offer and enrolled in the school. However, he never graduated, as he dropped out to join a band called Screaming Lord Sutch and the Savages.

Nicky Hopkins main talent was for playing the piano player. Being a piano player, he wasn’t at the forefront of any band. He also suffered him from various health complications, which prevented him from going on tour. This made it difficult for him to stay with one band for very long. Instead, he played in several bands throughout his career, playing and recording mostly in a studio instead of in front of a live audience on a stage. Some of the other

In 1963, Nicky Hopkins joined the band, Screaming Lord Sutch, and the Savages. This band changed names and members several times in its short existence, eventually landing on the name Cyril Davies R&B All Stars.

He worked on the first song the band ever released. However, only a couple of months after joining the band, he was forced to leave because of health complications. He did not play music again for about a year and a half. In that time, the leader of his band died, and the rest of the band broke up.

After the breaker. It wasn’t until the mid-1960’s that he began working seriously with the band, the Kinks. With this band, he recorded four studio albums from 1965 to 1968. This would be one of the longest amounts of time he would spend with one band.

On these albums, he played the piano without having the ruckus of a full band around him. These albums were not as popular as the albums that he worked on with other bands. Some of his solo albums are listed below.

From the 1970’s to the end of his career in the early 1990’s, Hopkins did not spend more than a couple of years with a band at a time. He played with at least half a dozen bands, recording studio albums. Some of the bands he played for are listed below.

Nicky Hopkins married his first wife, Linda when he was a young adult. However, the marriage did not last, he the couple was divorced in 1986. He later married again to Moira Buchanan. This couple was married until Hopkin’s death. He had no children.

As a child, Nicky Hopkins was diagnosed with Crohn’s disease. This disease caused various health complications throughout most of his life. The disease finally claimed his life on September 6, 1944, in Nashville, Tennessee, USA. He was only 50 years old when he passed away.