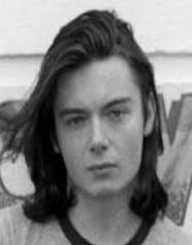 Guy-Manuel de Homem Christo was born on February 8th, in 1974. He is a notable French musician. Aside from this, he is known for his producing, singing and songwriting skills. Homem Christo garnered immense fame for being part of the duo group called Daft Punk. His other partner is called Thomas Bangalter.

Guy-Manuel de Homem Christo was born on February 8th, in 1974. His birthplace was in Paris, France. He is the son of Francisco Manuel Homem Cristo, a distinguished fellow in the Portuguese army. When Homem Christo was aged seven, he was gifted with a keyboard and a toy guitar. Seven years later, he was bestowed with a real guitar. From this point onwards, Homem Christo began honing his musical talent.

Homem Christo joined Lycée Carnot for his high school education. It was while taking his studies here that he crossed paths with Thomas Bangalter in 1987. The two clicked as their shared similar interests both in film and in music. With time, the two individuals joined hands with Laurent Brancowitz to form a group known as Darlin'. Homem Christo played the guitar for the group.

Unfortunately, there was a negative music review about their music that claimed that it was a “daft punky thrash.” Interestingly, this is how Homem Christo and his partner Thomas Bangalter got their name for their new duo group. Homem Christo was later the one that was credited for coming up with the logo for their group.

Some of the notable albums the group has released include Discovery and Homework. Some of the hit singles that the two have released together include “Around the World,” “Digital Love,” and “One More Time.” The duo was ranked number 1 in the U.S charts with the release of the album called Random Access Memories in 2013. “Get Lucky” is among the singles that performed well within this album.

Little is known about Guy-Manuel de Homem Christo's personal life. However, he is a proud father of two children.