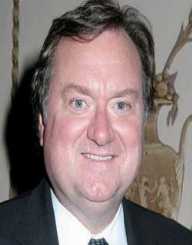 Tim Russert was a famed moderator, counsel, and media personality who served as the long-time host of NBC Network’s Meet the Press. He also worked as a journalist and has a book published under his name.

Tim Russert died at the age of 58 while he was at work on June 13, 2008, after suffering a massive heart attack.

Tim Russert married Maureen Orth in 1983 whom he met at a Democratic convention three years prior. The couple tied the knot at Basilica de San Miguel located in Madrid, Spain and had a son named Luke Russert.

His wife went on to work as a writer for Vanity Fair magazine while his son followed in his father’s footsteps and worked as a youth correspondent during the elections held in 2008.

Born as Timothy John Russert Jr. on May 7, 1950, on Buffalo, New York, he was the only son of a bunch of four. His parents were Timothy Joseph and Elizabeth Russert.

His mother was a homemaker while his father who was known as “Big Russ” worked in sanitation and was a World War II veteran. The couple separated in 1976 after thirty years of marriage.

He had four other sisters and was raised in a Catholic religion with his parents having Irish and German ancestry in them.

Tim Russert attended Canisius High School in Buffalo of which upon graduation, he enrolled at John Caroll University located in Ohio. In 1972, he attained his bachelor’s degree from the said university and proceeded to take a law education at Cleveland State University’s Cleveland Marshall where he graduated from the College of Law in 1976.

Russert at the NBC News and Political Involvement

In 1984, Tim Russert was employed by the Washington Bureau of the NBC news wherein he rose in ranking and attained the position of chief in 1989. Two years later in 1991, he became the host of the Meet the Press, a Sunday morning program of which he held for 16 years. One of his notable moments in television history is when he foresaw the 2008 Electoral College outcome via a whiteboard.

He is also responsible for the definition of red states and blue states as key to determining the republican and democratic party.

In 2008, Tim Russert was named under Time magazine’s list of 100 Most Influential people.

Before his listing at Time magazine, he was involved in the 2007 CIA leak trial of Lewis Libby wherein Russert provided testimony on his behalf. Despite his efforts, Libby was arrested and charged with perjury.

Before his involvement with the media, Tim Russert did his fair share in practicing the law. He was in service for US Senator Daniel Moynihan’s five major offices for five years based in New York from 1977 to 1982. Later on, he served as an aide to NYC Governor Mario Cuomo from 1983 to 1984. Russert served both political democrats while practicing law.

Big Russ and Me

In 2004, Tim Russert published a book under his name entitled Big Russ and Me which entails the relationship he had with his father as well as his upbringing in Buffalo. In the book, he emphasized the values and traits his father taught him, including the life he lived as part of a working-class family in Buffalo.

The book was a commercial success, and a sequel was made in 2005 entitled Wisdom of Our Fathers: Lessons and Letters from Daughters and Sons which consisted of a collection of letters he received in response to his first book.