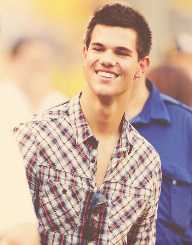 Taylor Lautner was born on February 11th, 1992 in Grand Rapids, Michigan in the United States. He is famous for being an American actor and a model. He is also a martial athlete and has won several titles in the sport. His first film appearance was in The Adventures of Sharkboy and Lavagirl. Later on, in 2008, his career turning point came when he featured in Twilight movie series while playing the role of Jacob Black.

Taylor Lautner was born on February 11th, 1992. His father’s name is Daniel Lautner whereas his mother is called Deborah. Deborah, his mother, works in a software development company. His father was a professional pilot for Midwest Airlines. Lautner has a sister called Makena. At the age of 6, Lautner developed a special interest in karate. After a year of training, he participated in national tournaments held in Louisville, Kentucky. Lautner continued with his martial arts training and by the time he was eight years old, he earned his black belt. During this time, he also won some junior world championships.

After migrating to Los Angeles, Lautner landed on minor TV and film roles. In addition to this, he also featured in commercials. In 2001, he featured in Shadow Fury film while playing the role of Young Kismet. However, this film was not enough to get him to the spotlight. After this, he featured in small TV roles such as in The Bernie Mac Show, Summerland and My Wife and Kids. Around this time, he did several voices over roles in animated series including Danny Phantom, What's New, Scooby-Doo? And Duck Dodgers.

Taylor Lautner first commercial breakthrough came after featuring in The Adventures of Sharkboy and Lavagirl 3-D. The famed Robert Rodriguez directed this film. The movie demanded that Lautner spend about three months in Austin, Texas. In 2005, he also emerged victorious in playing the role of Elliot Murtaugh in Cheaper by the Dozen 2. Three years later, he landed on another important role in the film Twilight. He was to play Jacob Black in the Twilight film. The film was an adoption of a bestselling book by Stephenie Meyer. The same year, he featured in the TV series My Own Worst Enemy. However, this series was cut short after a short period of being aired.

Twilight was a huge success in Lautner’s acting career. It helped in earning Lautner and his co-stars a large following. He later featured in the movie sequel The Twilight Saga: New Moon in 2009. The film series was a monumental success grossing approximately $3 billion globally. In 2010, The Twilight Saga: Eclipse was released, and two years later the movie series came to an end with the release of The Twilight Saga: Breaking Dawn Part 2.

Apart from concentrating on his Twilight role, Taylor Lautner also engaged in other projects. In the film industry, for example, he played the role of Willy Harrinton in Valentine's Day. In this movie, he acted alongside Jamie Foxx, Jennifer Gardner, and Bradley Cooper. In 2011, he was cast in Abduction. Other films that he featured in include Grown Ups 2 – 2013, Tracers – 2015, The Ridiculous 6 – 2015 and Run the Tide – 2016. In the TV industry he has featured in shows such as Love, Inc. – 2006, Cuckoo – 2014 to date, and Scream Queens – 2016.

Taylor Lautner has been associated with romantic affairs with celebrities such as Taylor Swift, Selena Gomez, and Lily Collins. Going by his looks, the People magazine ranked him on their 100 most beautiful people back in 2009.