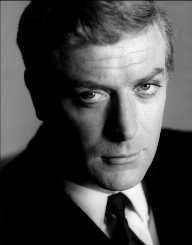 Michael Caine was born on March 14th, 1933. His place of birth was in Rotherhithe, London. He is a famous actor for his expertise in playing different types of roles in the film industry. One of the characters that brought him to the limelight was while playing Harry Palmer in the film The Ipcress File-1965. After this, several other roles began to show up in films such as Alfie, Sleuth, The Italian Job, Dirty Rotten Scoundrels and many more. Over his long career, he won the Oscars for two times while featuring in the films Hannah and Her Sisters and The Cider House Rules.

During his early years, Caine showed interest in literature while attending the Wilson's Grammar School located in Camberwell. In 1949, he completed his studies here and was awarded his certificate of completion. He did not waste time as he wanted to work right from the time he was young. His first job was a filing clerk at one of the film companies back in the day called Peak Films.

After working for a short period, Michael Caine was one of those drafted for the national service. This was in 1952 and that he spent two years before being discharged in 1954. Life was not smoother after completing his time in the military. This influenced him to indulge in odd jobs that would ensure he could afford his basic needs. Around this time, he had also found something to do in the theatre. Working here gave him the idea that a stage name would be perfect for the roles he was playing. As a result, he coined his stage name from one of his favorite film classics called The Caine Mutiny-1954. This is where he got his last name, Caine. Two years later, he made his first appearance in the film industry with A Hill in Korea-1956. However, things did not open up easily in his film career as he went through a tough time from the beginning.

After years of struggling to gain recognition in the film industry, his career turning point came. This was in 1964 while featuring in Zulu. What made his role unique was the Cockney accent that he was using in the film. This was an epic war film that featured the battle between the British colonialists and the Zulu people. Shortly after featuring in this film he was given the lead role in a spy film called The Ipcress File. This film was a game changer for Caine’s career. The film was highly rated, and it also went to earn a BAFTA award for being the best British film at that time. The success of the movie also gave Caine nationwide recognition. In addition to this, he was bestowed with an Academy Award nominee.

In 1972, Caine got the chance of starring alongside a legendary film actor called Laurence Olivier. They were playing the lead roles in Sleuth-1972. Other films that followed this during the late 70s include The Man Who Would Be King-1975 and California Suite-1978

The period from the 70s to 80s were both combined with career highs and lows for Caine. There were those high budget films that gave him a boost in his career, whereas some performed dismally. Some of these films that he featured in during this period are The Swarm-1978, Ashanti-1979, and The Island¬-1980. Films that performed at this time were A Bridge Too Far-1977 and Dressed to Kill-1980. In the late 80s, Caine managed to earn his first ever academy award after featuring in the comedy-drama film called Hannah and Her Sisters-1986.

During the 90s, there was lack of major activity in Caine’s career until 1998. He starred in Little Voice, which was a British musical film. His sudden resurgence in the industry gained him a Golden Globe award for his exceptional performance. During the same year, Caine also earned his second Academy Award as the Best Supporting Actor in the 1998 film The Cider House Rules. Four years later, he was in the headlines again receiving several awards and nominations after being a cast in The Quiet American.

After being friends with director Christopher Nolan, this gave him the opportunity of featuring in some films that she directed such as Batman Begins¬-2005, The Dark Knight-2008, The Dark Knight Rises ¬-2012, and Interstellar- 2014. His inclusion in such movies gave him a lasting recognition as a movie star.

Michael Caine first marriage was in the 1950s with Patricia Haines. The couple had one child named Dominique. He wedded for the second time in 1973 to Shakira Baksh. They also have a daughter going by the name Natasha.