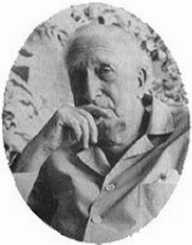 Sir William Walton was born on March 29th, in 1902. He was famous for being an English composer. In a career spanning for about 60 years, Walton composed classic genres that were at times adopted in films. Some of his outstanding works were the likes of Façade, the Viola Concerto, the First Symphony and the cantata Belshazzar's Feast.

William Walton was born on March 29th, 1902. His place of birth was in Oldham, Greater Manchester, England. He was the second born son of Charles Alexander Walton and Louisa Maria. His father Charles was a talented singer and that he earned a living through working as a singing teacher. Walton’s mother was also a singer before she had wedded Charles.

His parents quickly noticed his musical talents right from the time he was young. As a result, both Charles and Maria ensured that he took early violin and piano lessons. Unfortunately for Walton, he never got the opportunity of mastering either of the musical instruments. On the contrary, he was more talented as a singer. This is what inspired him to join his father’s choir.

After taking lessons from a renowned individual in the music field like Edward J. Dent, Ferruccio Busoni, and Ernest Ansermet, Walton went public in 1923. During this period, William Walton was performing Façade at the famous Aeolian Hall, in London. This work was at first criticized for trying to rely on an unconventional style, but it was later regarded as a huge success for him.

Later, in 1929, Walton was back again hitting the headlines with The Viola Concerto. This brought him high acclaim with regards to British classical music. Eric Blom, a celebrated musicologist, was one of the individuals that recognized Walton’s unwavering musical talent.

Sooner or later, William Walton composed another hit in 1931 titled Belshazzar's Feast. Initially, this project began in small scale. This is because he had one soloist and about fifteen players orchestrating. After that, the Belshazzar's Feast went on to be recognized as one of his best works at the time.

During the 1930s, Walton engaged himself with some affairs which led to a weakening of the relationship he once had with the Sitwells. He began an affair with a German widow named Imma von Doernberg. Their relationship lasted for some time before Imma left in 1934. His next affair was to Alice. She had previously divorced Viscount Wimborne. The two were together until Alice passed away in 1948. During this entire period, Walton was quite successful in his compositions, and he was financially stable. With time, he moved out of the Sitwells and bought himself a new home in Belgravia.

Another major work that he focused on after the Belshazzar's Feast was the First Symphony. Unlike other works, the First Symphony was not a commission. Moreover, he took his time on this task and worked on it from 1931 before later completing it in 1935. Unfortunately, Walton found it difficult to complete the work ahead of him. This was as a result of the stress he went through after going separate ways with Imma von Doernberg. It was only after eight months that he managed to regain his composing zing.

Owing to his composition skills William Walton was bestowed with a gold medal by the Royal Philharmonic Societ. This was in 1947. In 1951, he was knighted. After that, in 1967 he was given a spot as an Order of Merit individual.