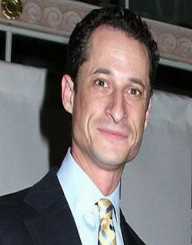 Anthony Weiner was born on September 4th, 1964. He is a well-known individual as he was the former U.S. representative. From 1999 to 2011, he offered his services in the New York's 9th congressional district. As a Democrat, he successfully emerged victorious for seven terms. However, he unexpectedly resigned from office in 2011 following a sexting scandal that he was involved in. Later, in 2017, he pleaded guilty to the earlier sexting charge that he had been faced with. As a result, the court sentenced him to 21 months in jail.

Anthony Weiner was born on September 4th, in 1964. His place of birth was in Brooklyn, New York. He was the son of Mort Weiner and Frances. His father worked as a lawyer while his mother was a math teacher. Both of Weiner’s parents were of Jewish descent.

For his early education, Weiner attended Public School 39. After that, he went to Brooklyn Technical High School. He graduated from the institution in 1981. After this, he went to the State University of New York at Plattsburgh.  While studying at the university, Weiner’s interest in politics influenced him to join the student government body. He was recognized as an admirable student senator. Weiner graduated with a political science degree in 1985.

After earning his political science degree, Anthony Weiner served in Senator Charles Schumer’s office for about three years. After some time, he was transferred to the district office situated in Brooklyn. Weiner got his political inspiration from Schumer, and as a result, he tried his luck in 1991 to bid for a political office. At the age of only 27 years old, Weiner managed to enter a political office while serving as a councilman.

After seven years of serving as a councilman, Anthony Weiner ran for a much higher political position, i.e., for Congress. He competed for the post from New York's 9th congressional district. During this time, his longtime mentor, Schumer was also running for Senate office.  Weiner emerged the winner during the primary elections.

On May 27th, in 2011, a huge scandal occurred after Anthony Weiner misused his Twitter account. He had sent a link which contained an explicit photo of himself.  After the issue surfaced to the public, Weiner denied such claims. However, a few days later, he publicly admitted that indeed he had been sending such content not only to the adult woman but also to other women. Similarly, he officially apologized for his previous refutations.

The following month on June 16th, in 2011, Weiner unexpectedly resigned from his political post. As a result, an election was done in September, the same year to find his replacement.

In July 2010, Anthony Weiner tied the knot to Huma Abedin. The two have a child together.