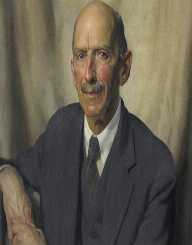 Owen Willans Richardson was born on April 26, 1879, in Dewsbury, West Yorkshire, England. His parents were Charlotte and Joshua Richardson. He also had a sister, Charlotte.

Even as a young child it was obvious that Owen Willans Richardson was far more intelligent than other children around his age. He excelled in primary school when he attended the Batley Grammar School, which he graduated from in 1897. After graduating, he attended Trinity College to study various sciences, including physics. He graduated from the school with a Bachelor of Science degree in 1900. He later attended the University College London, where he earned his Doctorate of Science in 1904.

While still at university, Owen Willans Richardson spent much of his time researching various sciences. One topic that interested him was electricity. Electricity had only been used in England since the late 1800’s, and much was still unknown about it. He wrote several papers on the subject, one in which he described the theory of thermionic emission, “the emission of electrons and ions by incandescent bodies.” Incandescent bodies, in most cases, being light bulbs and things of that nature. The theory was later named after him once proven and was then called Richardson’s Law.

After his discovery, he continued his research, working with many other scientists all the while.

In 1906, he earned a teaching job at Princeton University. Here, he was a professor of physics. He only taught at the school until 1913, though. While at the university, he continued his research on thermionic emission, as well as expanding his research into other electronic properties.

In 1914, Owen Willans Richardson moved back to England and began teaching physics at King’s College. He worked here until he retired in 1944. While here, he continued to research electricity further. He studied X-rays, electrons, and electronic wave spectrums. While still working at the college, he also helped with the British war effort during World War I, researching for the military. In the 1930’s, he began working at the Royal Society, teaching. He worked at King’s College at the same time. He stopped working with the Royal Society in 1928.

During World War II, he worked with the military again, mostly researching for them. He researched in radar and other similar topics. In 1944, he retired from teaching and helping the military.

Richardson’s first book, The Electron Theory of Matter, was published in 1914. This book was used as a textbook by many colleges shortly after it was published. He also wrote two other books called Thermionic Emission from Hot Bodies and The Emission of Electricity from Hot Bodies.

He was awarded the Nobel Peace Prize in Physics (1928) for his work with thermionic emission, later known as Richardson’s Law.

Throughout his career, he earned several honorary degrees from universities around England, including from the St. Andrew’s University.

Owen Willans Richardson married Lilian Wilson in 1906. The couple had three children together. The marriage ended with Wilson’s death. Owen Willans Richardson later remarried to Henriette Rupp in 1948. This couple was married until Richardson's death. Richardson was also the brother-in-law to another famous scientist, Clinton Davisson, who married his sister.

Owen Willans Richardson died on February 15, 1959, in Hampshire, England. H was 79 years old when he passed away.