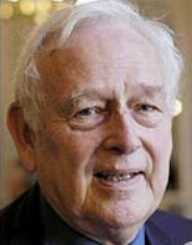 Norris McWhirter is an English journalist and is also credited as one of the pioneer writers in the widely popular nonfiction book entitled The Guinness Book of Records. Aside from journalism, he was also an involved political activist and a local media personality. He served as one of the commentators of BBC that covered the Olympic Games from 1960 until 1976.

Norris McWhirter married two women in his life. His first marriage was to Carole Eckert in 1957. Their union brought forth two children: a son and a daughter. Their marriage lasted for 30 years until Eckert’s death in 1987. His second marriage was to Tessa von Weichardt in 1990. Weichardt previously worked as his secretary before becoming his wife.


The Origins of a Renowned Writer

Born on August 12, 1925, as one half of his twin Ross, the two were the children of Margaret Williamson and William McWhirter. They were the younger siblings of the eldest son, Kennedy, who was born two years prior in 1923. Their father worked as the editor of the publication called the Sunday Pictorial. It can be said that the twins’ writing prowess can be derived from their father, with being exposed to his occupation at an early age. Soon after, the family relocated to Broad Walk, Winchmore Hill since their father have just established the local publication of the Northcliffe Newspapers.

Like their older brother, Norris, along with his twin Ross, was enrolled at Marlborough College and later at Trinity College located in Oxford. He pursued a degree in law of which he completed in 2 years, unlike the usual three years. After graduating from university, he served alongside the Royal Naval Volunteer Reserve as a sub-lieutenant from 18943 until 1946 at the Atlantic.

One Half of a Writing Duo

During the early 1950s, Norris McWhirter also represented Scotland as a track and field representative, is known as a well-rounded athlete. Following this stint, McWhirter and his twin also entered the industry by becoming sports journalists. Their first publication was entitled Get to Your Marks published in 1951. The same year, he served as one of the founding members of the Association of Track and Field Statisticians and at the same time established an agency that supplied facts and figures to the Fleet Street.

His involvement with Guinness came into fruition when he was introduced to Sir Hugh Beaver by Christopher Chataway who also worked at Guinness. Before the introduction, McWhirter served as a sports commentator at the BBC. His commentating skills caught the attention of Chataway, which prompted his introduction with Beaver. The board of the directors then interviewed McWhirter and his twin at Guinness.

At the interview, the directors asked and tested the twins for a variety of facts and trivia of which they accurately provided. Delighted at their knowledge, they were tasked in 1954 to write a compilation of this information which was set out to become the start of The Guinness World Book of Records. The following year in August 1955, they released the first edition of the book that comprised of 198 pages. Four months later, it became the best non-fiction book in Britain.

At the beginning of the 1960s, Norris McWhirter became a part of the Conservative Party. He stood alongside the Conservative Party in the 1964 and 1966 United Kingdom’s Elections but lost the fight to the Liberals. His twin brother was murdered at his home in Middlesex in 1975 by the IRA after he offered a reward for people who will report any information regarding the bombing campaign in London. Following this event, he became one of the founding members of the National Association for Freedom (now called The Freedom Association), a right-wing political organization founded in 1975.

Norris McWhirter also served at the anti-communist European Freedom Campaign which was established on December 10, 1988, at the Westminster Central Hall, as a secretary.

Norris McWhirter continued working on the Guinness World Book of Records as an advisor in 1996 long after his official retirement in 1985. He continued writing and published a new book in 1999 entitled Norris McWhirter’s Book of Millenium Records.

McWhirter died on April 19, 2004, from suffering a fatal heart attack at his home in Kington Langley, Wiltshire at the age of 78.