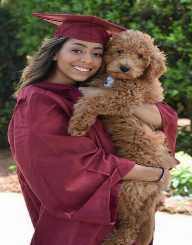 Sydel Curry was born on October 24th, in 1994. She is a famous volleyball player. She is simply renowned for having been born in a family of celebrated basketball players. The Curry Family is regarded as a talented family more so in the world of basketball. His father alongside her older siblings is renowned basketball players.

Sydel Curry was born on October 24th, 1994. Sydel passion for volleyball came after she joined the Charlotte Christian School. This was a move that she saw would be in line with his brothers’ successful careers. She had began playing volleyball right from the time she was in her middle classes. During this time, she was weighing between playing volleyball and basketball and that she was talented in both games.

With time, Sydel had to make up her mind because volleyball and basketball games had similar seasons. As such, she chose to go with volleyball as she had a strong liking for the game. While playing in high school, she managed to take her school team to exceptional heights earning herself high acclaim.

For three years, Sydel was the Charlotte Christian team’s captain. She became an instrumental force in helping her team break records; something that had not been achieved before.

Sydel’s place of birth was in Charlotte, in North Carolina. Apart from the fact that her father and brothers are celebrated basketball players, her mother named Sonya Curry was also an active athlete. During her young years, she played volleyball for the Virginia Tech University. Maybe her mother’s interest in the game influenced her decision to settle for volleyball rather than basketball.