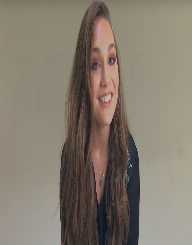 Madison Nicole Ziegler, fondly nicknamed ‘Maddie’ Ziegler, was born on 30th September 2002 in Pittsburgh, Pennsylvania. Her ancestors were Polish, German and Italian and her parents Melissa Ziegler-Gisoni and Kurt Ziegler ran a mortgage company. The art of dance ran in the Ziegler’s family and hence, right from a very young age,

Maddie was encouraged by her family to pursue dance passionately. Her mother got her enrolled at the Abby Lee Dance Company when she was just two years old. She gradually discovered her love for dance and started participating in several local and regional dance competitions and won many of them.

A multitalented child, Maddie was a student of Sloan Elementary school till 2013. She dropped out of school and started homeschooling.

Maddie Ziegler found fame early in life due to her exceptional dancing skills. In the year 2010, she made her first appearance as a dancer on the television show ‘Live to Dance.’ But, the show created by Paula Abdul went off-air even before her performance was aired. Her meteoric rise to stardom came in the year 2011 with the first season of Lifetime's 'Dance Moms.'

The program featured several budding dancing talents and their mothers. From the age of 8, Maddie Ziegler appeared on the show 'Dance Moms' consecutively for six seasons till 2016 along with her mother Melissa and younger sister Mackenzie.

On the show, Maddie stood out as a talented, graceful dancer and a human being who can inspire others to follow their dreams and passions. Maddie's exceptional dancing skills caught the attention of the quirky singer/songwriter Sia. Her big moment came when she was just 11 years old.

In 2014, artist Sia contacted Maddie via her twitter profile and offered her the golden opportunity to star in her music video for the track 'Chandelier.' The video went on to become a major hit garnering 1.5 billion views on YouTube. In the following years, the video was recognized as YouTube's 13th most viewed videos of all times. Post the success of her first collaboration with Sia, Maddie Ziegler continued to star in other music videos of Sia like 'Elastic heart,' 'Big Girls Cry' and 'Cheap Thrills.'

Owing to her popularity, Maddie also bagged the opportunity to perform on several television shows like 'The Ellen DeGeneres Show,' 'Dancing with the Stars,' 'Jimmy Kimmel Live!', 'Saturday Night Live!' and the 'Hollywood Bowl.' She also danced to the tunes of 'Chandelier' at the 2015 Grammy Awards along with Sia and Kristen Wiig. In June 2016, Ziegler has also donned the hat of a judge for the talent hunt show 'So You Think You Can Dance: The Next Generation.'

Apart from dancing, Maddie Ziegler also has a deep interest in acting and modeling. She first auditioned for a show on Lifetime titled 'Drop Dead Diva' and was cast in a guest appearance portraying the character of Young Deb. Following her debut, she was seen in many television shows like 'Pretty Little Liars,' 'Austin & Ally' & 'Nicky, Ricky, Dicky & Dawn.'

Ziegler is the voice of Camille in the animated film 'Ballerina' (2016) and is slated to appear in a feature film titled 'The Book of Henry' (2017). She has also been signed up for 'Sister,' a film written & directed by Sia.

Maddie Ziegler has been the face of many big brands like Clean & Clear, Ralph Lauren, Target, etc. She is a regular on magazine covers and fashion editorials like Elle, Dance Spirit, Harper's Bazaar, People, Dazed, Cosmopolitan, Teen Vogue & many more. Maddie & her sister Mackenzie have their fashion line called 'The Maddie & Mackenzie Collection.'

The young girl oozing exuberance has a huge fan base on social media. Maddie Ziegler is also fond of penning down her thoughts & is all set to release her autobiography 'The Maddie Diaries.' Maddie has already written a foreword for Abby Lee Miller's memoir, 'Everything I Learned About Life, I Learned in Dance Class.'

By looking at her charitable works, it can be said that the young dancer has a heart of gold. She has partnered with many charitable organizations and has been raising awareness & funds for chronically ill youth, homeless children & for kids who have childhood cancer.

Maddie Ziegler is a normal teenager who loves to spend quality with her family and friends. When she was ten years old, her parent’s relationship got strained due to the family's passion for dance, and they filed for divorce in 2011. In 2103, her mother married Greg Gisoni. Maddie has a younger sister, two older half-brothers & two older step-siblings.