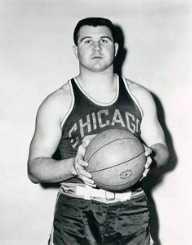 Michael Keller Ditka Jr. was born on October 18, 1939, in Carnegie, Pennsylvania to Charlotte and Mike Ditka Sr. He was one of 4 children. He had two brothers Ashton and David. And he had one sister Mary Ann.

Mike attended Aliquippa High school during his teenage years. His college years were spent at the University of Pittsburg from 1958 to 1960. During that time he became a member of the sigma chi fraternity. He attended on a scholarship for football. He had also received scholarships to Notre Dame, Penn state but decided on the one at Pittsburg.

He had hoped to escape the manufacturing life of his hometown, so he attended college hoping to become a dentist. But it was not to be. No, he didn’t go into Manufacturing. But instead, he followed a life of football.

During college, Mike Ditka was good in basketball and baseball. But he ultimately chose football as his career. He also joined the college football all-American team while there in college.

Mike Ditka married his first wife Marge Dougherty on January 28, 1961. During their marriage, they had three sons and a daughter. Mark, Mike III, Matt, and Megan were the children. Mike and Marge divorced 12 years later on September 21, 1973. Then on July 8, 1977, Mike remarried to Diana Trentham. They have been together ever since.

Mike loves to cook for his wife and children. With the collaboration and support of his wife, he runs a family restaurant.

After college, Mike Ditka began his first season with the Chicago Bears in 1961. He was with them for five seasons. His number was #89. He played the position of tight end. The jersey number and the position would be the same throughout his whole playing career. That first season he became the 1961 rookie of the year.

In 1967, Mike was traded to the Philadelphia Eagles and played two seasons with them before being traded again, this time to the Dallas Cowboys in 1969. He spent four seasons with the cowboys and during this time he had a 24-3 victory over the Miami Dolphins during super bowl VI. This was his first winning Super Bowl.

Mike Ditka retired from playing football in 1972 and was immediately hired as an assistant coach of the Dallas Cowboys. He coached under Tom Landry, who was the head coach at the time. Mike was the assistant coach for nine seasons. In 1982 he was recruited to head coach by the Chicago Bears. It was after a game in 1985 in San Francisco that Mike was arrested and found guilty of DUI.

One of the biggest events of his life happened on January 26, 1986. At Super Bowl XX he led the team to victory of 46-10 over the New England Patriots. Near the end of the 1980’s the team began losing a few games and began to have some bad seasons. This is what led to mike being fired by the year of 1992. For a short time afterward, he took a job with NBC where he worked as an analyst on NFL Live.

Beginning in 1997, Mike spent, what he calls, the three worst years of his life. He started coaching the New Orleans Saints. In 2000 when he left that position he spent the 2000/2001 season as a studio analysis on the NFL Today on CBS Sports. He acted in the movie Kicking and Screaming with Will Ferrell. He played a soccer coach.

Beginning in 2012, Mike Ditka started his own wine production business with Teriato wines. The first collection was released in the fall of that same year. During this same time, he got together with Bill Terlato to produce a line of cigars.

Mike Ditka made the pro bowl five years in a row during his career and made the membership of the Pro and College football halls of fame. Not to mention winning a Super Bowl during his playing days and then again as a coach.

Mike Ditka has amassed a 30 million dollar net worth over the life of his career. And with the fact of owning a chain of restaurant and a company that makes wines and cigars and other ventures that he occasionally does he may end up making that net worth go bigger over the rest of his life.