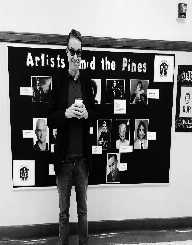 Ben Brantley did a BA degree at Swarthmore College, Pennsylvania, majoring in English.

Ben Brantley started his career working as an intern at the Winston-Salem Sentinel. In 1975 he was employed by The Village Voice as an editorial assistant. Between 1978 and 1983 he worked at Women’s Wear Daily, where he reviewed fashion and later worked as an editor.

He also worked for Women’s Wear Daily as their European editor and Paris bureau chief.

Ben Brantley returned to New York City in 1985 and worked as a staff writer for Vanity Fair and the New Yorker. Then in 1993, he was appointed as the drama critic for The New York Times. In 1996 he became their chief theatre critic.