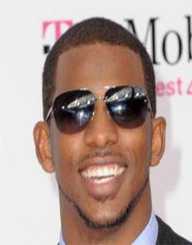 33 Years old, Chris Paul aka CP3 is an American Pro basketball player. He currently leads as a point guard in Los Angeles Clippers NBA team. With loads of awards with him, Chris is indeed a fortune-telling man. He wasn’t born on a silver platter, but he made his way up through the hustle and bustle of life.

Chris Paul is a reliable, ambitious and practical persona. He carries an eye for zeal and hard work. He loves to lend his shoulder during trying times. It doesn’t matter what situation he is in as long as his loved ones are ok. Everybody always counts on him and will never get disappointed. His dependability ranks him as an excellent ally. Once he sets his eyes on that one thing, he will put in all effort to get what he wants. Spirit of setback and failure isn’t his cup of tea.

It was on 6th May 1985 that Chris Paul was first seen in the world in Winston, North Carolina. He was born to Charles Edward Paul and Robin Jones. Chris was born as Christopher Emmanuel Paul, and he has an elder sibling called Charles Paul. Both of Edward’s kids grew up developing basketball skills. He attended West Forsyth High School located in North Carolina. He then joined Wake Forest University.

Chris Paul's career began in 2005 after his graduation. Even during his studies, he remained a staunch player without having a second thought. Still the same year, Paul qualified in the NBA Draft. In 2007, Chris joined the Basketball Team called Charlotte Hornets where he was named an NBA All-Star. He played there for five years.

In 2011, Hornets traded Paul to the Los Angeles Clippers Basketball Team. While in the team, he suffered several hardships including a hamstring injury. To date, he still carries the Clippers flag with number three.

In 2013 he was named as the leading man of the National Basketball Player Association. He also partners with several companies including State Farm and Nike.

Chris Paul's dazzling skill earned him honors including Atlantic Coast Conference Rookie of the Year. He surprised his team with outstanding records such as steals, assists, three-point percentages and free throws. He has been mentioned as the Nation’s Best Player by a number of publications.

Chris Paul’s talent bore fruits when he was named as the USA Basketball Male Athlete of the Year. In 2006 he garnered NBA Rookie of the Year Award as well as the NBA All-Rookie First Team. His great success was when he led the National Team and won the Olympic gold in 2008 and 2012. He also represented the FIBA World Championship in 2006 and went home with a Bronze Medal.

Chris Paul married his longtime friend, Jada Paul in 2011. The couple has a child called Christopher Emmanuel II and a daughter named Camryn Alexis. As a trivia, CP3 means Paul’s elder brother, him and his father share similar initials.