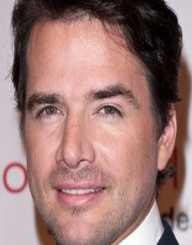 Actor Matthew Settle was born Jeffrey Matthew Settle on the 17 September 1969 in Hickory, North Carolina to Robert and Joan Settle. He has five siblings, three brothers, and two sisters. His father is a Baptist minister and his mother a musician.

Into the West (2005) won the Western Heritage Bronze Wrangler award which was shared with the cast and crew including producer Steven Spielberg. Settle was nominated for two Teen Choice Awards, in 2009: Choice TV Parental Unit for Gossip Girl (2007) and 1999 Choice Sleazebag for I Still Know What You Did Last Summer (1998).