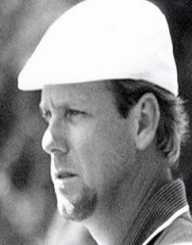 Payne Stewart was an American golfer who won numerous competitions.

William Payne Stewart was born in the city of Springfield, Missouri, on January 30, 1957. He attended the Greenwood Laboratory School, a part of the Missouri State University. He graduated with a degree in business from the Southern Methodist University in Dallas, Texas, in 1979.

Payne Stewart started playing golf from a very young age. During his senior year of university, he took part in the Southwest Conference. He spent the next couple years playing in the Asian tour, managing to win two tournaments. In 1981, he earned the PGA Tour card which allowed him to participate in professional golf competitions in the United States. In 1982, he won his first title at the Quad Cities Open. The next year, he scored his second victory at the Walt Disney World Golf Classic.

In the following four years, he did not manage to score any wins. He ended up second on most of the tournaments. He finally won in 1987, securing the title at the Hertz Bay Hill Classic in Orlando, Florida. He was then a runner-up at the Honda Classic and the Provident Classic. After that, he won the MCI Heritage Golf Classic in South Carolina.

Payne Stewart won the PGA Championship at the Kemper Lakes Golf Club in 1989. It was his first major title. The next year, he won the MCI Heritage Golf Classic again, as well as the GTE Byron Nelson Golf Classic. He was soon ranked on the fifth spot on the Official World Golf Ranking.

Stewart won the 1991 U. S. Open in Minnesota. It was his second major title. The next few years, he kept getting titles in tournaments around the world, including the Netherlands, Morocco, and the United Kingdom.  He got his second U. S. Open title in 1999.

Over the years, Payne Stewart represented the United States at the World Cup three times and at the Ryder Cup five times. He was always in the top ten of the Official World Golf Ranking. He was also the third highest-paid golfer of all times.

Payne Stewart died in a plane crash on October 25, 1999. He was flying on a jet from his home in Orlando, Florida, to Texas for The Tour Championship. The plane did not pressurize, and everyone died from a lack of oxygen. It continued flying on autopilot until it ran out of fuel. It crashed near the community of Mina in South Dakota.

A year after his death, his family and the family of another man who also died in the plane crash, filed a lawsuit against the company that owned the jet. A criminal investigation was launched, led by the FBI. Ultimately, the jury found that the company was not responsible for his death or the malfunction of the plane.

Payne Stewart met his wife, Tracey Ferguson, in Kuala Lumpur while he was on his Asian tour in 1980. They got married the next year. They had two children, Chelsea and William.

A segment of Interstate 44 that passed through Stewart’s hometown of Springfield was called the “Payne Stewart Memorial Highway.” There is a street named after him in Fullerton, California. There are also two drives in Surrey, British Columbia, Canada, and Jacksonville, Florida. Surrey also has a golf course in his name.

In 2009, the Payne Stewart Golf Club was opened in Branson, Missouri. On the tenth anniversary of his death, the Golf Channel aired a special program dedicated to his life. It contained interviews with his friends and family.