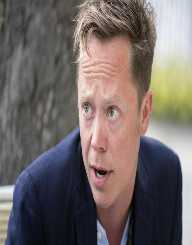 Brock Pierce is an American former child actor, entrepreneur, and venture capitalist. Born on November 14, 1980, he was accused by three young actors of sexual abuse and therefore filed a civil suit against him and his fellow Digital Entertainment Network executives, Marc Collins-Rector and Chad Shackley in 2000. In May 2002, the Interpol in Spain arrested Pierce then an Executive VP at Digital Entertainment Network and other executives. Pierce made his major acting appearance in the Disney films The Mighty Duck, 1992, D2: Mighty Ducks, 1994 and First Kid in 1996. In 2001, he founded Internet Gaming Entertainment and ZAM in 2003.

Brock Pierce has been part of the founding of digital currencies and virtual goods, and most of his companies operate in this field. He is the founder and managing partner at Blockchain Capital, a venture capital firm, among the most active venture capital firms in Fintech. He has been active in operation of Bitcoin/Blockchain ecosystem, conference activities, speaking engagements and other community involvement. Pierce was elected the Director of the Bitcoin Foundation in May 2014. He has also been involved in non-profit, advocacy works, and a member of the Clinton Global Initiative. Pierce has also served as guest lecturer at the Singularity University, USC, Stanford, Caltech, UCLA and the Milken Global Conference.

Brock Pierce was born on November 14, 1980, to Lynette Pierce and Jeffrey Pierce in Minnesota, United States of America. He has a brother Scott Pierce. He enrolled at theUniversity of Southern California which he studied film but did not graduate.

Brock Pierce started his acting career as a child appearing in several TV commercials. It was not until 1992 when he played his major acting role as young Bombay in The Mighty Ducks. That same year, he reprised the role in D2: The Mighty Ducks. In 1996, he appeared in First Kid playing Luke Davenport. He then played minor roles in films like Little Big League, 1994, Ripper Man, 1995, Problem Child 3, 1995, Three Wishes, 1995 and Earth Minus Zero in 1996.

Brock Pierce became an executive vice-president of the Digital Entertainment Network (DEN), a company involved in the creation of four-to-six minutes series in 1999. The company raised 88m dollars from blue-chip investors for its activities. Pierce held about 1 percent of the company’s share and even at that young age, made $250,000 a year. One of the board members of DEN described him as "the guy who could tell us what Gen-Yers were likely to think." He resigned from the company in October 1999.

After resigning from Digital Entertainment Network, Brock Pierce formed Internet Gaming Entertainment, in 2001, which later became IMI Exchange. As Internet Gaming Entertainment(IGE), the company lead the MMORPG currency-selling services industry that serves as a link between virtual economies and the real one. Reports from CNN Money in 2014, indicated that IGE invested $1 million each month. The company spent about $25 million acquiring smaller competitors between 2004 and 2005. After IGE became IMI Exchange, Pierce served as the company’s CEO. During his tenure, IMI Exchange brought up DAX, which has become the largest virtual goods exchanges in South Korea with the site ItemMania and the US/Europe market with Player Auctions. With investors like Oak Investment Partners and Goldman Sachs and others, IMI Exchangeable to raise over $100 million.

He resigned from his CEO position on June 26, 2007, but continued to serve as vice-chairman and adviser to the board of the company. Brock Pierce also worked with ZAM, a network of websites focused on multi-player online role-playing games (MMORPG) including Star Wars: The Old Republic, EverQuest, World of Warcraft and Rift among others. The ZAM.com network includes gaming sites like Torhead, Wowhead, ZAM.com, D3DB, and Thottbot.

Brock Pierce has been heavily involved in Bitcoin and other digital currencies as a founder, investor, and advisor. He has made investments in over 30 companies involved in blockchain ecosystem and has helped raised over $200MM for companies, which he is involved. He runs a top Angel List syndicate and serves as a mentor for other startup accelerators.

In 2014, Brock Pierce was elected as the Director of the Bitcoin Foundation, which provoked the resignation of several members of the origination. Their main claim was the allegation that Brock Pierce had in 1999, been charged with child abuse. Pierce with others had face charges of child abuse charges in 1999 but had consistently denied the claims. He is the founder, board member and also serves as an advisor for Bitcoin companies including, Noble Markets, Blade Financial, ZenBox, Expresscoin, GoCoin, Tether, Change Tip, and BitGo.