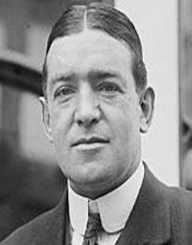 Antarctic explorer Ernest Shackleton was born in Kilkea, County Kildare, Ireland on the 15 February 1874 to Henrietta Gavan and Henry Shackleton. He was the son of a doctor from a well-known Quaker family and was raised in London.

Ernest Shackleton spent four years at sea working for the North Western Shipping Company and by 1898 was a qualified master mariner. Once qualified he worked on the Southampton Cape Town mailboat route aboard vessels for the Union-Castle Line. When the Anglo Boer War broke out in 1899, he joined up and around this time he made contacts which would later assist him in his desire to become a polar explorer. His first visit to the Antarctic was as the third officer aboard the Discovery under Captain Scott. The expedition came within 450 miles of the South Pole.

In 1908 Ernest Shackleton led an expedition to the Antarctic aboard the vessel Nimrod. The expedition made a number of scientific discoveries, a team climbed Mount Erebus and edged closer to the South Pole. After Roald Amundsen reached the South Pole in 1911, he made another trip. This time aboard the Endurance. The expedition was attempting to cross Antarctica via the South Pole when the ship became wedged in ice. The crew left the ship and travelled in small vessels, reaching Elephant Island.

Ernest Shackleton then set out with six men to find help. They crossed the ocean, reached South Georgia and then tracked to a whaling station where they found help. By late 1916 the survivors on Elephant Island had been rescued without loss of life. He was on his way to the Antarctic for a fourth expedition when he died on the 5 January 1922 about his ship the Quest.

Ernest Shackleton was elected to be the secretary of the Scottish Royal Geographical Society in 1904. In 1906 he stood for parliament as the member for Dundee but was not elected.

He was married to Emily Dorman in 1904, and the couple had three children: Raymond, Edward, and Cecily.

Ernest Shackleton was knighted in 1904.