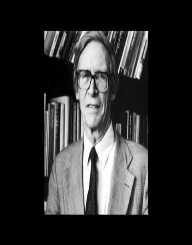 John Bordley Rawls was a smart man. In fact, he was an American moral and political philosopher who, by the end of his life, had numerous degrees, awards, and achievements under his belt. He also wrote two successful novels and had a happy marriage.

John Rawls was born in Baltimore, Maryland to William Lee Rawls, a successful attorney, and Anna Abell Stump Rawls. He was born the second of five sons from the couple. Despite being well off financially thanks to his father’s career, the family was still subject to hardship in the year of 1928, when Rawls was only seven years old.

Rawls had contracted diphtheria, a fatal illness that his brothers would later fall victim to. Upon visiting Rawls in his bedroom, his younger brother Bobby contracted the sickness and was killed by it shortly after. Soon after the death of Bobby, Rawls contracted pneumonia and another brother, Tommy was fatally infected. Rawls’ remaining older brother left home and attended Princeton University, possibly sparking Rawls’ interest in the school.

Two years before graduation from the university, John Rawls developed a keen interest in theology and its related doctrines. In university, Rawls was an enthusiastic baseball player but was always modest about his talents- both academic and athletic. In 1943, he graduated from Princeton with a Bachelor of Arts Degree and then enlisted in the Army in February of the same year.

John Rawls was an active military member (infantryman) in the Pacific during World War II. He toured New Guinea and was given a Bronze Star medal for his services. He then visited the Philippines, where he resigned from his Christian faith after witnessing crude acts of war such as a teammate taking a bullet to the head so he wouldn’t have to fight anymore.

After Japan surrendered, John Rawls was promoted to Sergeant. The title was short-lived, however, as Rawls refused to discipline a fellow soldier and had his title revoked, demoting him back to private. He left the military in late 1946 and became an atheist.

Following his time in the war, John Rawls returned to university. He enrolled once again at Princeton University and earned a doctorate in moral philosophy. While at Princeton, he met and married a Brown University graduate by the name of Margaret Fox in 1949.

In 1950, John Rawls graduated with his doctorate. He then took a job as a professor at the university where he worked until 1952 when he received a Fulbright Fellowship to Oxford University. Here, he was heavily influenced by Isaiah Berlin, a liberal political theorist, and legal theorist H.L.A Heart.

Upon returning to the United States, John Rawls became an assistant and then later on an associate professor at Cornell University. In the year of 1962, he became a full professor of philosophy at Cornell and achieved a highly sought after position at MIT.

Also in 1962, John Rawls moved to Harvard University, where he taught for 40 years. It was at Harvard that Rawls taught many contemporary moral and political, philosophical figures like Onara O’Neill, Allan Gibbard, Christine Korsgaard, Thomas Pogge, Claudia Card, and Joshua Cohen among many others.

Throughout his life, John Rawls rarely accepted interviews due to a pronounced stutter and a fear of the public eye. He did not become a public intellectual figure, despite his reported fame, and instead focused on his academic career and home life.

In 1995, Rawls fell victim to several strokes and, as a result, was unable to continue his work. During this time, though, he was able to write a book called The Law of Peoples. This novel was widely thought of as being a complete report of his views on international justice. He passed away in Massachusetts in November 2002.

Before his death, John Rawls was able to publish one last book titled Justice As Fairness: A Restatement. This novel was a response to criticism of his previous book. It’s argued that Rawls was the most important American Philosopher of the 20th century.