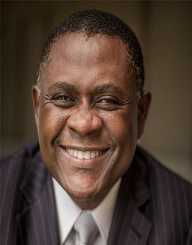 Bennet Ifeakandu Omalu was born on September 30, 1968. He is a Nigerian physician and forensic pathologist. He is also a neuropathologist. He is known as the first person to discover and publish findings of chronic traumatic encephalopathy in players who participate in American football. He found while he was working at the Allegheny County Coroner’s Office in Pittsburgh. He is currently a professor at the University of California in the Department of Medical Pathology and Laboratory Medicine. He is fifty years old now.

Bennet Ifeakandu Omalu was born on September 30, 1968, in Nnokwa, Idemili South, Anambra State in Nigeria. He was brought up alongside six siblings. His family had to flee from their home in Igbo village during the Nigerian Civil War. The family later moved back to Igbo village two years after he was born. When he was three years old, he joined the primary school to start his primary education.

He later attended the Federal Government College in Enugu for his secondary education. At sixteen, he joined the University of Nigeria in Nsukka to study medicine. In 1990, he graduated from the university with a Bachelor of Medicine and Bachelor of Surgery. He later did and completed his clinical internship before doctoring in Jos which is a highland city.

In 1994, Bennet Omalu got a scholarship to complete an epidemiology fellowship at the University of Washington in Seattle. In 1995, he moved to New York City where he joined Columbia University’s Harlem Hospital Centre as a resident in anatomic and clinical pathology. After he finished his residency, he trained under forensic consultant Cyril Wecht as a forensic pathologist. This training he did at the Allegheny County Coroner’s Office in Pittsburgh. He later developed an interest in neuropathology.

In 2007, Bennet Omalu became a chief medical examiner of San Joaquin County in California. He, however, resigned in 2017 after making accusations that the County’s sheriff was interfering with death investigation that involved people killed by law enforcement officers. He is currently a professor at the University of California, Davis Department of Medical Pathology and Laboratory Medicine.

In 2002, he conducted an autopsy on former Pittsburgh Steelers player Mike Webster and discovered that he had suffered from chronic traumatic encephalopathy which was mostly associated with professional athletes and boxers. In 2005, with the help of colleagues he worked with at the Department of Pathology at the University of Pittsburgh, he published his findings in the journal titled ‘Neurosurgery.’ His paper was titled ‘Chronic Traumatic Encephalopathy in a National Football League Player’.

In 2008, Bennet Omalu published his book ‘Play Hard, Die Young: Football Dementia, Depression and Death.’ He has also discovered Chronic Traumatic Encephalopathy in the brains of military veterans. The condition is mostly caused by blows to the head and head concussions, and it may lead to depression, unnecessary stress, and likelihood to commit suicide among other things. In 2017, he released his book ‘Truth Doesn’t Have A Side: My Alarming Discover about the Danger of Contact Sports’ which was published by Harper Collins.

Bennet Omalu got married to Prema Mutiso who originates from Kenya. Together they have two children, Ashly and Mark. In 2015, he became a naturalized citizen of the United States of America. He is a Catholic and lives with his family in Elk Grove in California. He is currently fifty years old.